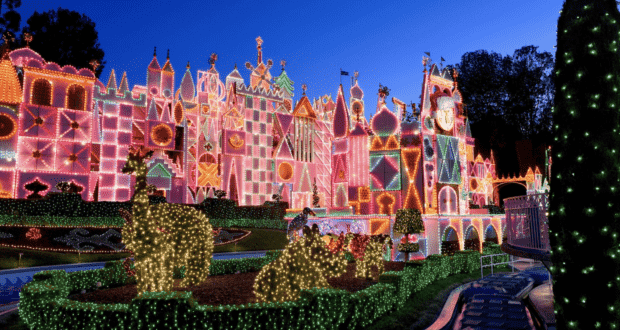 From mid-November through early January, the holidays take over Disney Parks. Specialty food is available, fun merchandise is for sale, decorations are hung by the castles with care, and festive parades and fireworks shows entertain Guests daily. There are even some attractions that receive holiday overlays — at Walt Disney World, the world-famous Jungle Cruise becomes the Jingle Cruise and at Disneyland Resort, “it’s a small world” becomes “it’s a small world” Holiday, celebrating holiday traditions from around the world. 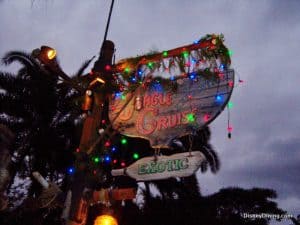 The holiday season at Disneyland Resort is set to kick off on Friday, November 12, and “it’s a small world” Holiday was also scheduled to open at that time. The attraction is closed for approximately two to three weeks beforehand as Disney Cast Members transform the ride into a colorful holiday experience. Unfortunately, Disney has had to delay the ride’s opening due to some flooding that took place while the Park was closed.

According to a report from The Orange County Register:

Flooding that occurred during the process of refilling the flume on It’s a Small World will delay the reopening of the classic boat ride as Disneyland prepares to kick off the winter holiday season and launch the new Merriest Nites after hours event.

It’s a Small World experienced some flooding that affected machinery used to operate the attraction during the early morning hours on Wednesday, Nov. 10 while Disneyland was closed to the public, according to Disneyland officials.

Disneyland realizes the closure of It’s a Small World is disappointing for guests who look forward to this holiday tradition and has teams working around the clock to get the attraction open as soon as possible, according to Disneyland officials. 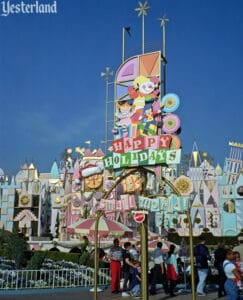 Here is more information on “it’s a small world” Holiday from the Disneyland Resort website:

Set sail along a wondrous wintry waterway transformed with whimsical décor. Behold jubilant regional adornments all along your world tour of good cheer. Listen as the costumed chorus of children sings the classic “It’s a Small World (After All)” song and traditional holiday tunes.

The enchantment begins as you approach the iconic façade, which is adorned with thousands of shimmering lights for the season. 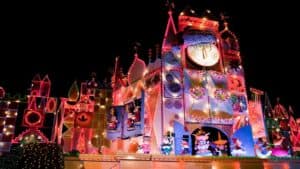 While no reopening date has been announced for “it’s a small world” Holiday at this time, Disney may still decide to use the building facade for projections for its Believe…In Holiday Magic fireworks as it has done in the past.

2021-11-11
Krysten Swensen
Previous: Watching Disney films can land you in the hospital; just ask these 50 young fans
Next: Disney Is Charging More Than Ever For Its Theme Parks, But Spending Less On Them Than It Has In a Decade