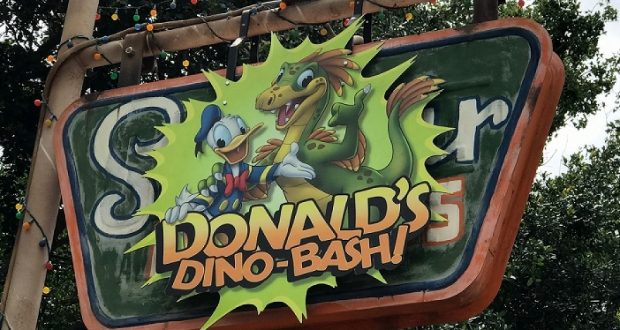 Memorial Day Weekend is considered by many to be the unofficial start of summer, and there are plenty of extras to celebrate at Walt Disney World. This year, it’s called Incredible Summer. I was invited to Disney’s Animal Kingdom on May 25 for the kickoff of the celebration. There is plenty of fun for all ages.

I saw UP! A Great Bird Adventure when it debuted on April 22. There were a few technical problems that day, plus the birds didn’t seem to be used to performing in front of so many people. That said, I could tell at the time that the show had plenty of potential. I’m glad that I was able to see it again, because the problems have been worked out, the birds are ready, and it’s a really fun show.

After we saw UP! my group was treated to an information session about the show. We learned that there are approximately 15 species of birds that perform each show, and that they might rotate the birds from one show to the next, depending on the behavior of the animals. We also learned that audiences seem to like it when the birds go off script. A large number of the birds in the show were rescued. If the weather looks bad don’t expect UP! to necessarily be canceled. There is a rain version of the show.

May 25 also brought the debut of Donald’s Dino-Bash! to Disney’s Animal Kingdom. Donald learned that birds are actually all descended from dinosaurs, so he loaded up the truck and headed to DinoLand U.S.A. The celebration is a must do for character lovers, because for the summer there are eight characters in DinoLand. You can encounter Donald, Daisy, Scrooge McDuck, Launchpad McQuack, Goofy, and Pluto. Head down the Cretaceous Trail and you’ll encounter Chip ‘n’ Dale, all dressed up so that they’ll fit in at DinoLand U.S.A.

Part of Donald’s Dino-Bash! is a dance party daily from 4:00 until 8:00. Unfortunately, there were technical difficulties and the threat of inclement weather, and it was canceled. If you were one of the dozen or so people who saw the short Facebook Live video, I apologize that we weren’t able to bring you something more than a cancellation announcement.

If you’re heading to Walt Disney World during the summer months, you need to include Disney’s Animal Kingdom in your plans. The extra characters alone are enough of a reason to celebrate, and once the technical problems are worked out the dance party will be a bash. With Pandora – The World of Avatar, the nighttime offerings, and one of the best thrill rides at Walt Disney World, Disney’s Animal Kingdom has lost its reputation as a half day park. 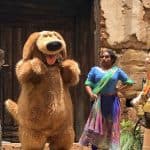 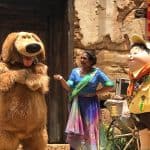 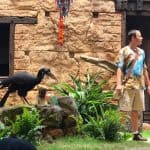 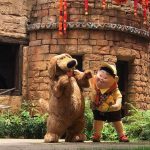 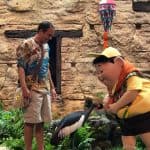 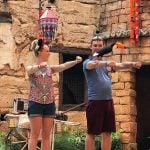 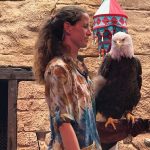 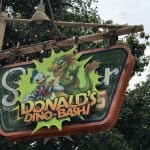 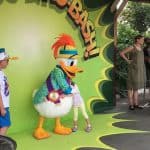 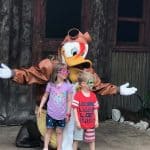 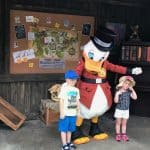 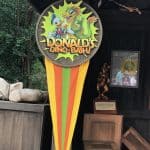 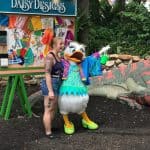 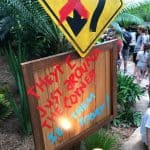 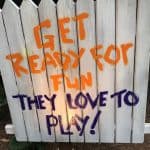 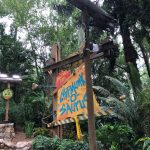 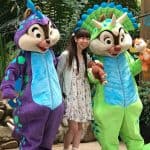 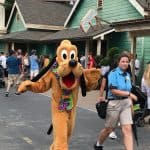 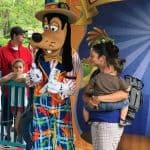 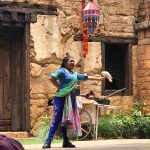