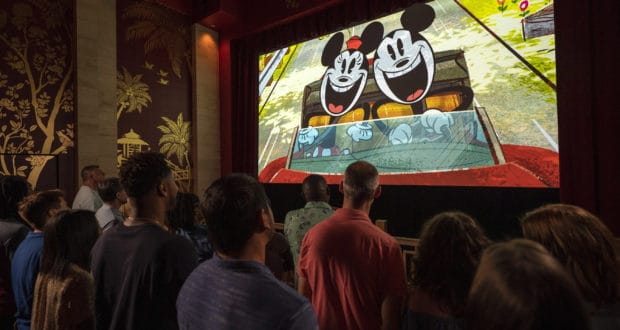 The first step to having a fantastic day at Hollywood Studios revolves around getting a boarding pass for the hottest attraction in Walt Disney World, Rise of the Resistance.  In order to get a boarding pass, guests need to be checked into Hollywood Studios (through the touch points) prior to park opening.  Once the park is opened, guests will use the My Disney Experience app on their phones to join a boarding group.  Guests will select friends and families (who also need to be in the park) and then they will be given a boarding pass number.  Once guests receive a boarding pass, they then will wait until their number is called throughout the day.  Make sure you either have your push notifications on from the MDE app or that you are checking back in the app to keep track of which boarding groups are being called.  You typically have between an hour or two to head back and ride.  Again, make sure you read the notification when your boarding group is called.

The next step to making the most out of your day in Disney’s Hollywood Studios actually starts 30 to 60 days before your trip.  This is when you are making fastpass+ reservations.  Disney has adjusted the fastpass tiers at Hollywood Studios to make it so much better for guests to experience multiple attractions during the day.

Next, we are going to breakdown the day to help you make the most out of your morning, afternoon and evening at Disney’s Hollywood Studios.

The mornings used to be a slower time in the parks, but this isn’t the case lately in Hollywood Studios. Because guests have to be in the park to get a boarding pass, crowd levels are higher right from the start of the day.  To make the most of this, we suggest heading towards your top ride choice as soon as you are in the park.

A great way to make the most out of your day in Disney’s Hollywood Studios is using the rolling fastpass+ system.

As the sun goes down, we suggest heading to visit Galaxy’s Edge again.

To make the most out of your day in Disney’s Hollywood Studios, you will want to be there early to get a boarding pass for Rise of the Resistance, make fastpasses as soon as you can for top ride options, and use the rolling fastpasses throughout the day to keep getting access to shorter wait times.  Disney’s Hollywood Studios has become an extremely popular park with the opening on new lands and rides.  Make sure you can get the most out of your visit with these suggestions.