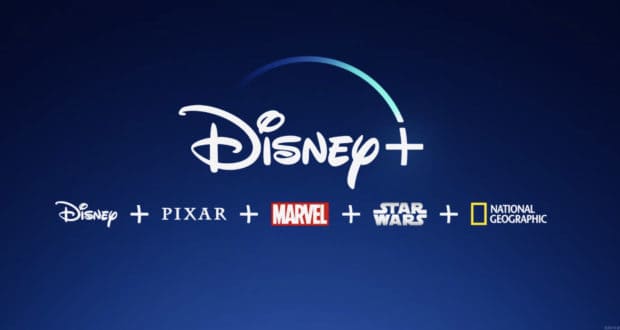 Here’s Why Disney+ Is Worth Every Penny

It’s been over a year since Disney+ first launched, and thanks to the roller coaster ride 2020 took us on, we had plenty of time at home to use this service. Our opinion on Disney+? It is 100% worth every penny we’ve spent on it so far. In fact, as hardcore Disney fanatics, we might even go as far as to say it’s our favorite streaming service out there! If you’ve been on the fence about jumping aboard the Disney+ train, you might be wondering why we love it so much. Below we’ve listed our top 7 reasons we adore Disney+ and why we think it’s worth every penny.

It’s no secret that Disney’s classic films are fantastic. They are well made, moving, funny, and in our opinion, the very best family films out there. For this reason, most Disney fans want to have an extensive collection of classics, and some people even aspire to own them all. Unfortunately, purchasing copies of each of these movies—especially in addition to any other movies you might want to own—is pricey. Disney+ gives you access to all of the classics anytime you want without paying anything extra. This means you can share Snow White and Sleeping Beauty with the kids, enjoy a sick day watching Pinocchio, or finish the night off with a showing of Aladdin or Beauty and the Beast.

For many, Disney is all about nostalgia. The classics do, of course, fall into the nostalgic category. However, many of us grew up watching movies and TV shows that weren’t necessarily considered classics. Disney+ is perfect for rediscovering those old favorites, reliving your childhood, pining for the old days, and possibly even cringing at what you once thought was the best entertainment out there (in a fun way, of course). Whether you were born in the ’60s or the ’90s, there is sure to be some nostalgic content for you on Disney+. Just sit back, relax, and get ready to be transported back in time to your childhood living room and the carefree feeling of being a kid once again.

In addition to all the classics and the movies and shows from our childhoods, Disney+ also caters to the Disney fanatics out there with all kinds of exclusive content, as well as a lot of vintage videos. Both types of videos are the kinds of content Disney fanatics drool over, so we’re betting anyone who considers themselves a huge Disney fan will find something great to watch here. Exclusive content targeted directly to fanatics includes titles such as The Imagineering Story, Inside Pixar, and One Day at Disney. Meanwhile, retro video throwbacks include The Mouseketeers at Walt Disney World and Disneyland Around the Seasons.

Because movie theaters were closed for quite some time, and because the safety of watching movies in theaters is still rather questionable, Disney has avoided releasing anything in theaters since last March. Instead, they’ve been putting new releases on Disney+. In some cases, a fee was charged to watch the film, but the Pixar film Soul was released on Christmas and Disney+ members weren’t charged anything to enjoy this adorable movie.

What would you pay for a fun outing with the family? Most outings are going to be pretty pricey, and many are still off-limits due to the ongoing pandemic. This is where Disney+ comes into play. Because nearly everything on the streaming service is family-friendly, you’re guaranteed to get many, many family fun nights out of your subscription. Since the cost of membership is a mere $6.99 a month, we’re thinking this is a great way to save money without sacrificing fun with your loved ones.

Another thing we love about Disney+ is the ability to download movies directly to our devices. This is perfect if you plan on traveling by plane and won’t have access to the internet. It also works well for those who are going on cruises, those who don’t want to use cell data to stream while on road trips, and those who have a slow in-home internet connection. This feature makes it possible to take Disney with you wherever you go, no matter what the internet situation is. We think that’s pretty priceless!

As mentioned above, the current price for a Disney+ subscription is $6.99 a month. Considering all of the amazing movies, TV shows, and videos subscribers can access, we think this is an excellent deal. In fact, we’d even be willing to pay a bit more for the service, but don’t tell Disney we said that! All that said, if you’re looking for an even better deal, consider upgrading to the bundle offered on the Disney+ website. This includes Hulu and ESPN+ and only costs $12.99 a month. This is an absolute steal, and one that could replace your pricey cable subscription entirely, saving you a good amount of money.

Clearly, Disney+ is an excellent service that is well worth the monthly cost of subscription. Why not give it a try yourself? We’re betting you’ll love it just as much as we do!