Five Disney Meals That Should Have Been Park Staples

Disney Movies always know how to hit us in our feels, especially by tapping into our nostalgia. Food plays a vital role in our nostalgia and Disney knows just how to make a food moment that pulls at our heartstrings. Here are five Disney and Pixar meals that are forever burned into our memory. 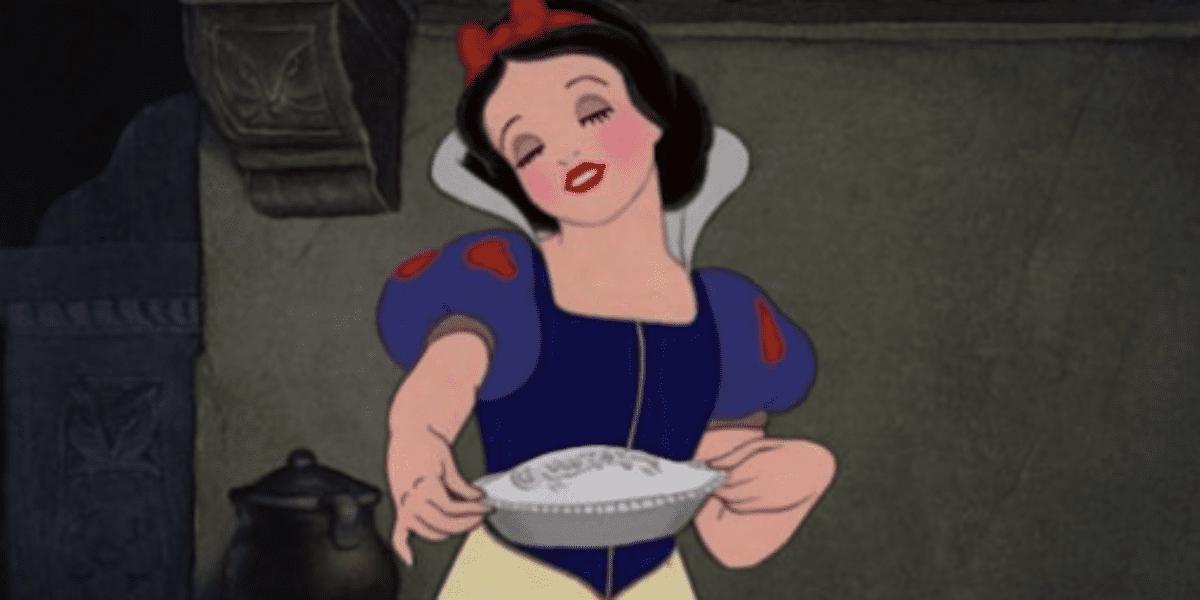 Stick with us here, Gooseberries are not a common fruit to use in pies, but they are a bright, acidic fruit that would cook down wonderfully, similar to the way granny smith apples work in apple pie. The main reason this pie made the list is the masterful crust work from Snow White herself. She made it look easy, and only a few woodland creatures helped. A version of a gooseberry pie with meringue was served at a Character meal in Artist Point restaurant in 2019 but you’d be hard-pressed to find one throughout the Disney theme parks. 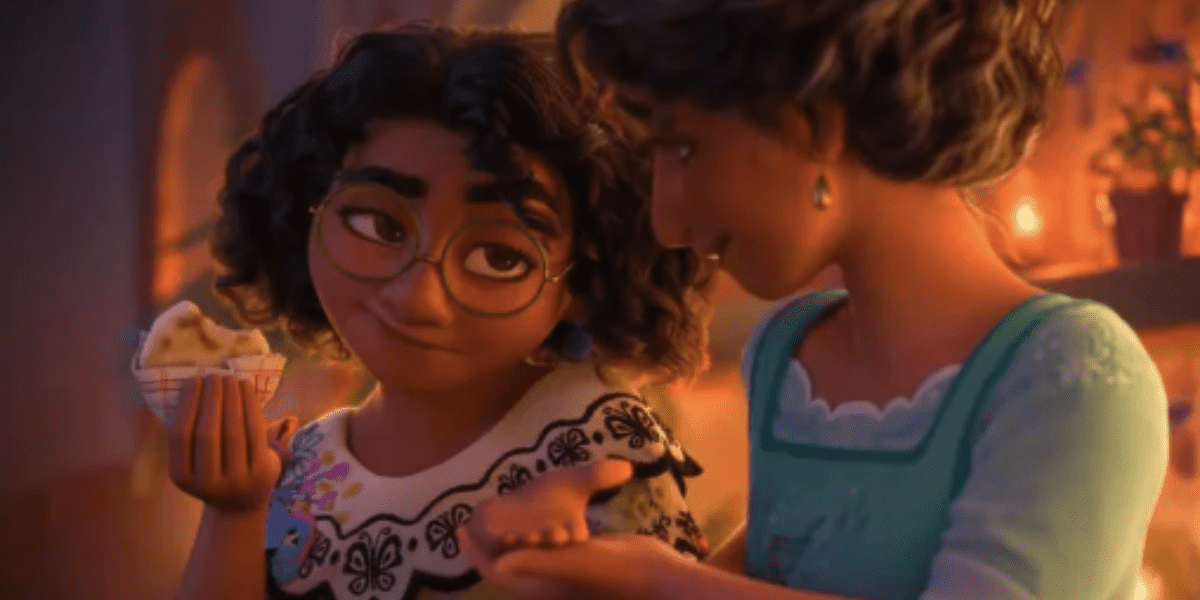 Julieta Madrigal is serving up some love in the form of masarepa (precooked ground corn flour) and cheese. Carefully seared on each side on the griddle and served warm, these delightful snacks are said to heal sickness in Encanto and are essential to Columbian culture. They’ve been found at Disney theme parks before, during EPCOT’s International Flower and Garden Festival but they don’t appear to be a common Disney theme park food. 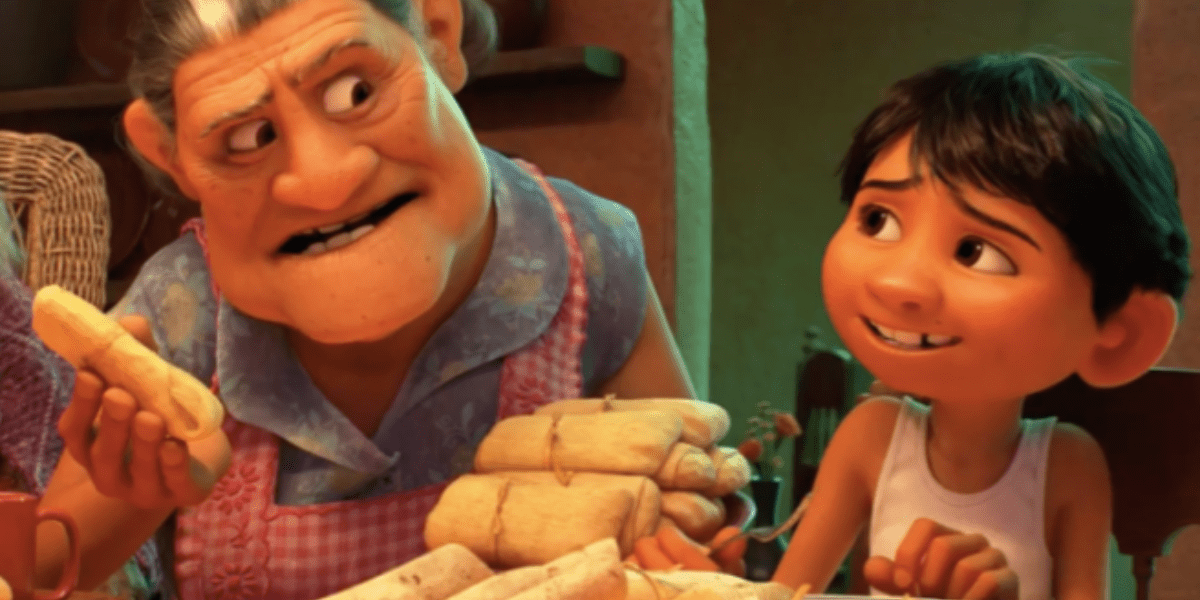 So good you can’t say no to them! Literally, Abuelita Coco offered Miguel more tamales, and he tried to say no thank you, but she wasn’t having it. Honestly, how could you turn down one of those? Like the arepas, tamales have had their featured time in Disney parks. A fried version was being served at Disney California Adventure Park. You can find a more traditionally cooked tamale with pork at Chef Mickey’s Contemporary Resort restaurant. Again, not a staple of a Disney park and it feels like a miss. 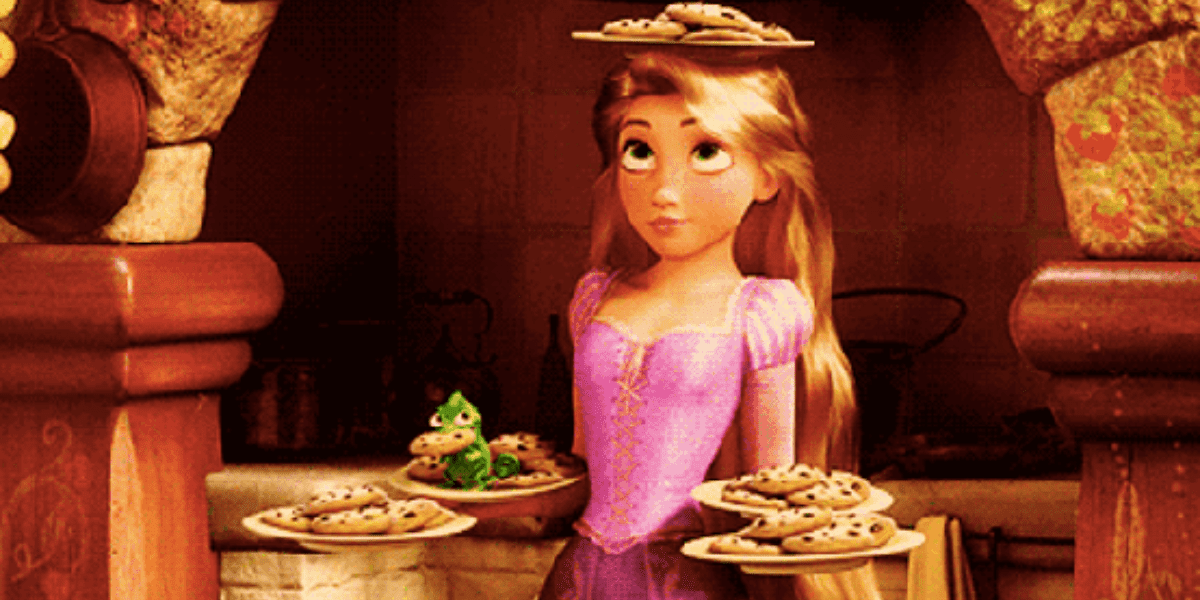 Not sure if it’s the cookies themselves or the exorbitant amount of them in this scene that draws us in, but you can’t go wrong with a classic! We all probably know a thing or two about baking to pass the time in recent years. See: pandemic. Rapunzel’s recipe may not be featured in a Disney park, but we’ll do you one better. Gideon’s Bakehouse in Disney Springs  in Walt Disney World Resort serves a decadent chocolate chip cookie that is studded with so many chips, it’s a wonder it holds together. 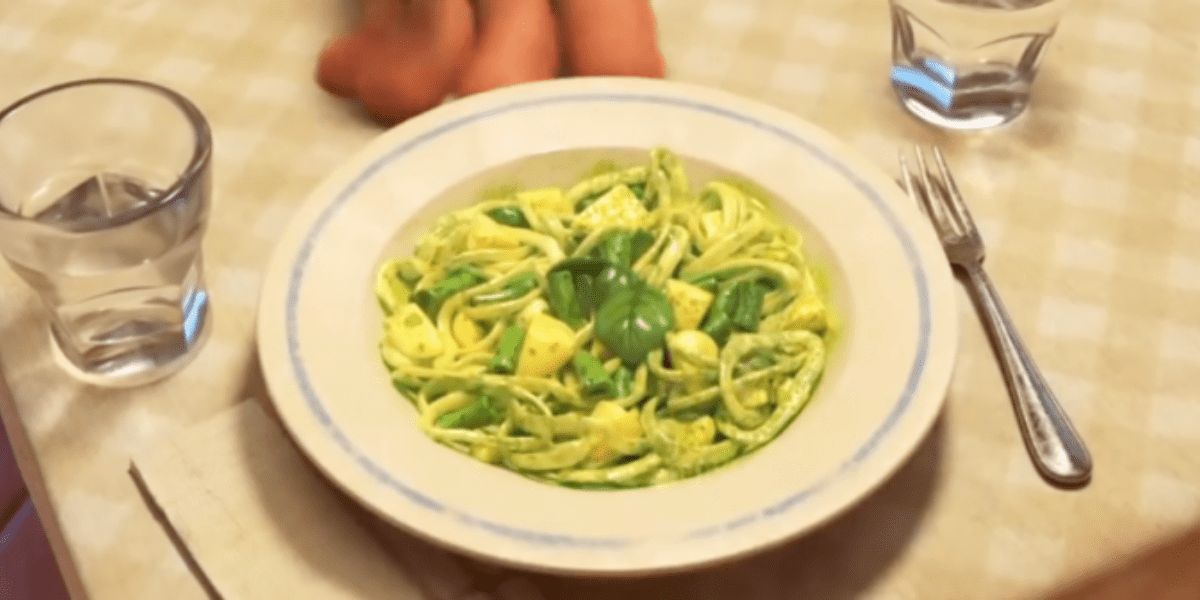 The aroma almost wafts off of the plate of pasta into your living room in this Pixar movie scene. Pesto is made of only a few ingredients but it’s simplicity and abundance of flavor can easily stand alone as a pasta topping. Though you can find many Italian eateries throughout Disney parks like the acclaimed Trattoria Al Forno at the Disney Boardwalk in Walt Disney World Resort, its unlikely that you’ll find this exact meal in the theme park.