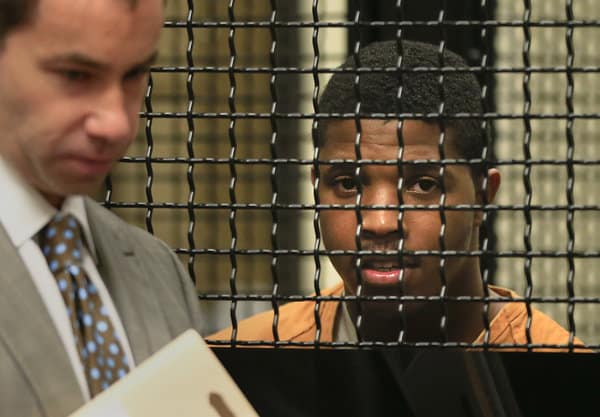 A former Disneyland employee who prosecutors say set off two dry-ice explosions inside the theme park was sentenced Monday to three years probation, 36 days in jail and 100 hours of community service.

As part of a plea deal, 23-year-old Christian Isaiah Barnes pleaded guilty to a misdemeanor count of possession of a destructrive device, according to the Orange County District Attorney’s Office.

The Long Beach resident was also ordered to stay away from Disneyland.

Prosecutors said Barnes was  working at the theme park on May 28 when he set off a dry-ice bomb at a vending cart stationed just outside of Toontown.

After leaving the vending cart and walking toward an employee break room, prosecutors said he took the second dry-ice bomb and dropped it off in a trash can.

No one was injured in either explosion, but some visitors reported ringing in their ears.

Disney officials shut down Toontown for about three hours while the rest of the park remained open.

Barnes was arrested in connection with the incident and originally charged with a felony count of possession of a destructive device in a public place, to which he pleaded not guilty in May. If convicted on that charge, he could have faced six years in state prison.

2013-11-07
David
Previous: Top 10 Signature Restaurants that give you the most bang for your buck!
Next: Mickey’s Very Merry Christmas Party Guide Map