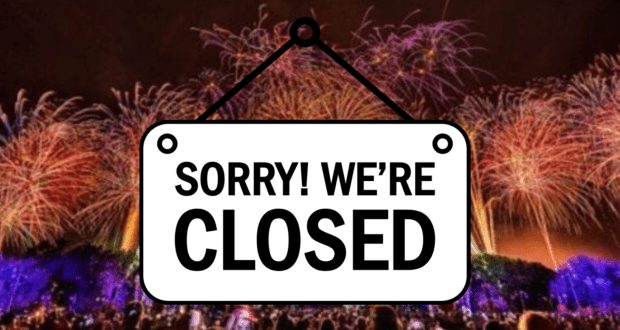 Entire park at Disney shuts down because of two Guests

“Every once in a while, right in the middle of an ordinary life, love gives us a fairy tale.” – unknown

Perhaps some of the saddest news we ever heard was that of the closure of the Walt Disney World Resort and Disneyland Resort in California in March 2020 in response to the growing global coronavirus pandemic. It was an odd and sick and heartbreaking feeling, knowing that for weeks on end, not a single Disney Park on planet earth was operating. 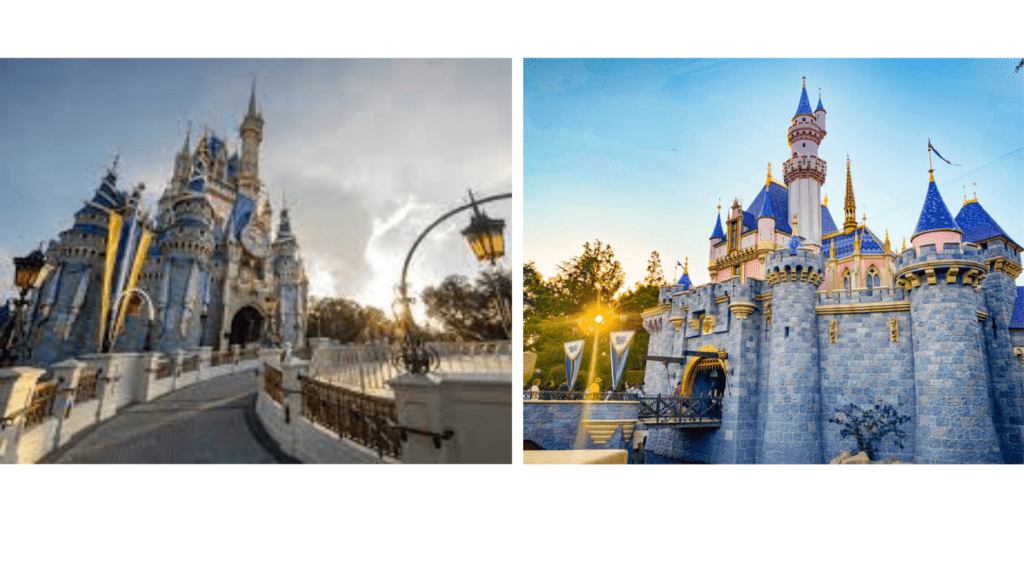 It was incredibly sad.

Thankfully, Disney World reopened in July 2020, and Disneyland reopened in April 2021. Both Disney Resorts are back to delivering the magic to Guests of all ages, and unlike Hong Kong Disneyland and Shanghai Disneyland Resort, there’s no sign of a COVID-related closure at either of Disney’s domestic parks locations.

Other events, however, can also lead to a Disney Park‘s closure, but those events are usually happy ones.

Recently, an entire Disney World theme park was shut down because of two Guests. It was their wedding day, and the happy couple had decided that Disney was the only place to host their wedding afterparty, so they booked Magic Kingdom for the event! How magical! 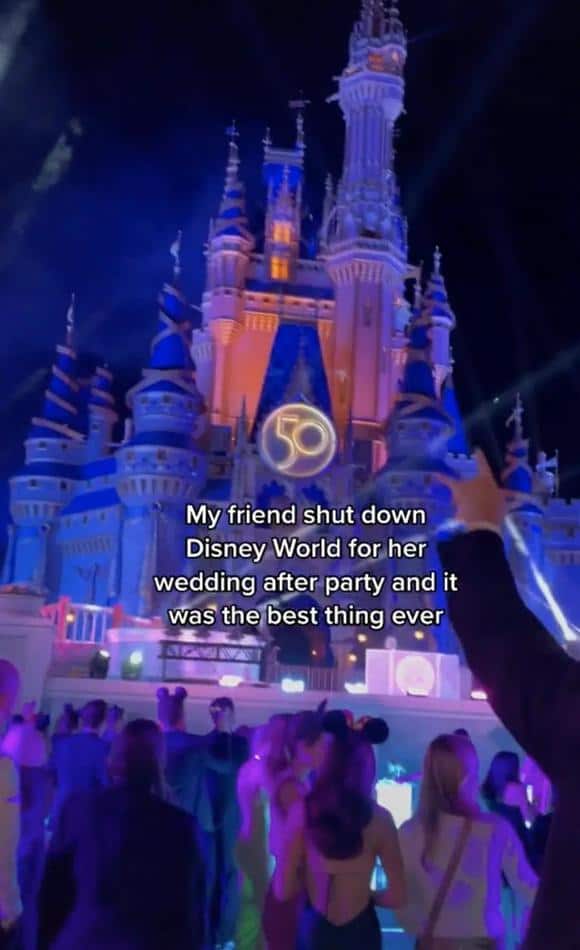 A guest of the happy couple, who was in attendance at the wedding and afterparty, posted a video online that gave others just a glimpse of the magic and excitement of the evening at Magic Kingdom.

“My friend shut down Disney World for her wedding afterparty and it was the best thing ever,” reads the caption on the video.

Will never be over it #disney #weddings #disneywedding

In the video, viewers can see friends and family of the newlyweds, still dressed in their formal wedding attire–each one walking around Magic Kingdom in the evening. Everyone is wearing Mickey ears too! Guests of the wedding are seen enjoying all Magic Kingdom has to offer, including rides and attractions, food, and more. 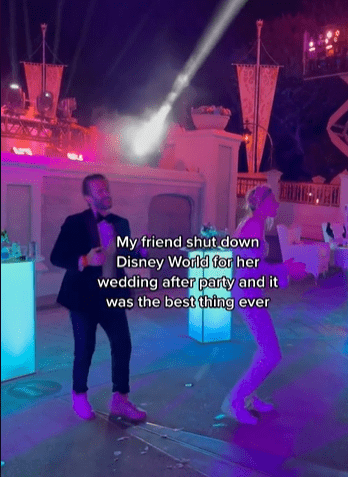 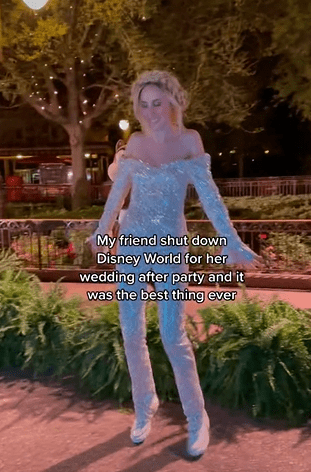 There were even Disney characters in attendance at the magical post-ceremony party. In the video, viewers can see Chip ‘n’ Dale enjoying the festivities as well! 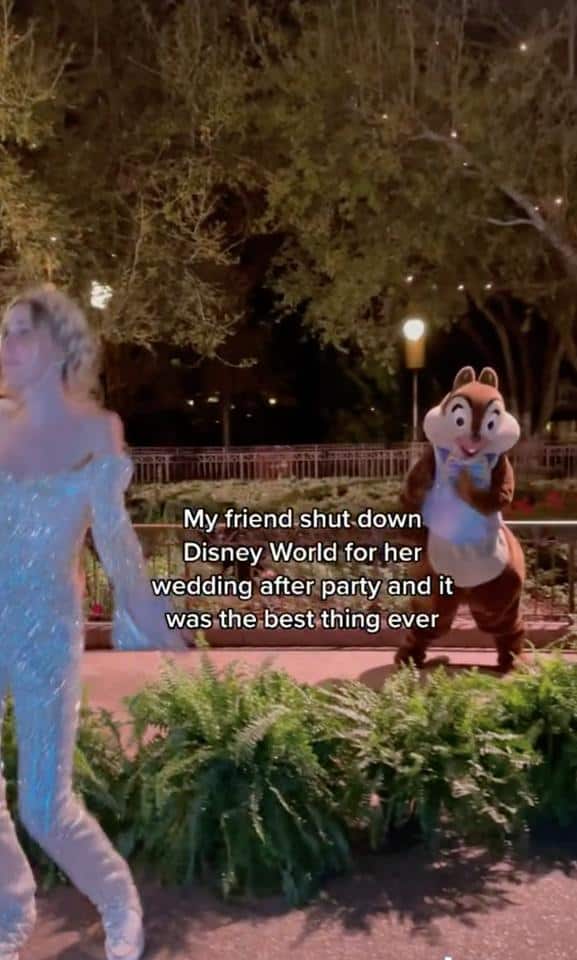 Have you ever dreamed of a Disney wedding at a Disney Park? If a Disney Fairy Tale Wedding is your dream come true, you can visit the Disney Weddings website to learn more about venues for your special day, packages offered, and more! 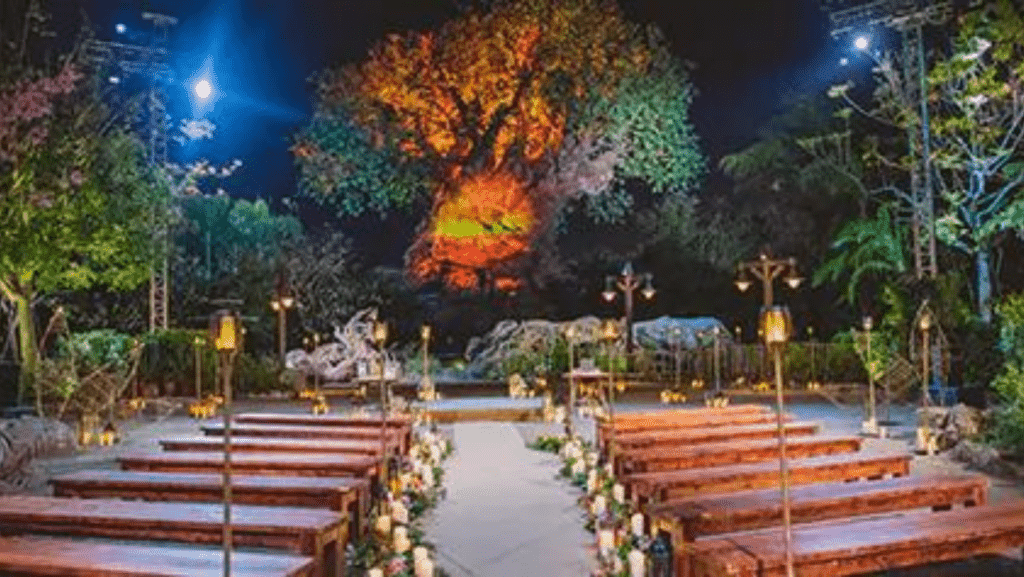 2022-03-24
+Becky Burkett
Previous: Strike! Enjoy A Meal at Splitsville Dining Room
Next: The Most Expensive Attractions in Walt Disney World