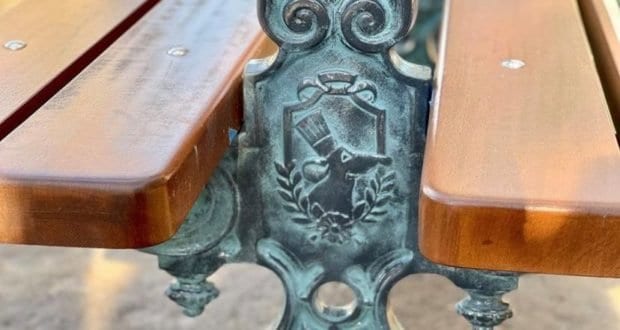 I think that we can all agree that 2020 was a rough year. I live in Central Florida, just a few miles from Walt Disney World. I’ve watched not only individuals struggle, but the area as a whole. Seeing the number of COVID-19 cases rise in the state has been harrowing. Driving through Walt Disney World property when everything was shut down was surreal. I can’t imagine the stress level of those who live in California, where almost everything remains closed. Still, there have been some amazing stories of hope and inspiration. Here are a few of our favorites.

When Walt Disney World shut down in March the closure was only supposed to last a couple of weeks. It soon became apparent that things would be shut down much longer than that. On a typical year, Easter lilies are a part of the Easter celebration, but the parks and the resorts were all still closed on April 12. That left the question of what should happen to over 200 Easter lilies. No one would have complained if Cast Members took home the beautiful plants. They also could have ended up in the garbage. Instead, Cast Member Michelle Giger Rohrmann had an idea. The Easter lilies were donated to Meals on Wheels, and were delivered to local seniors. The pandemic has been especially hard on the older population, since they are more vulnerable to serious consequences from the virus. It was nice that 200 seniors were able to receive some Easter cheer, in addition to a hot meal.

2. A Grandfather Builds A Backyard Disneyland For His Grandkids

In the early days when people were mostly trying to stay at home, many Disney fans went a bit stir crazy. This led to some fun recreations. There were plenty of videos of people who were pretending that they were riding classics such as Pirates of the Caribbean. One grandfather in California took it a step further. Steve Dobbs built a mini-Disneyland for his two grandchildren! Known as Dobbsland, it includes a castle, a train, a ride based on Winnie the Pooh, and a theater that shows Mickey Mouse cartoons. The best part, though, is arguably the “Madderhorn” roller coaster. Like Disneyland, it looks like the work on Dobbsland will never be done. Dobbs is working on new attractions, with the help of his grandchildren. While Dobbsland probably would have happened even without the closure, it’s great that this California family could have some theme park fun.

3. Daughter Honors Her Mom’s Memory with Gift To Pass Out To Strangers at Walt Disney World

Marion Dzwilewski was a Disney-loving mother from New Jersey. In 2018, she was diagnosed with ALS, for which there is no cure. She made her final trip to Walt Disney World in November, 2019, and passed the following January. Her daughter, Janelle Dzwilewski, decided that a special tribute was in order. When she returned to Walt Disney World in September, she brought with her 75 pins and 400 decals. She included information about ALS, and passed them out to strangers. Said Janelle during her trip, “It just seems like the right thing to do to spread awareness in her favorite place.”

When the whole world shut down, sports stopped. That included the NBA, which was nearing the end of the season. A plan was developed that would allow the teams to finish the season and crown a champion, all while keeping everyone safe. The NBA would play all remaining games at the ESPN Wide World of Sports Complex at Walt Disney World. It gave the league a chance to finish the season, and Disney received a much-needed economic boost. “The NBA Bubble” was born, in which the players and the staff were all tested for COVID-19, and then were not allowed contact with the outside world. The teams stayed at Disney’s Grand Floridian Resort & Spa, Disney’s Yacht Club Resort, and Disney’s Coronado Springs Resort. There were stories of players who weren’t thrilled with the accommodations or the food, but not all stories were bad. One particularly heartwarming gesture was made by Russell Westbrook III of the Houston Rockets. He reportedly left an $8,000 tip for Mousekeeping. The Mousekeeping Cast Members are working harder than ever these days, and it is normally a thankless job. It’s nice to know that they could feel appreciated for all their extra work.

The Candlelight Processional is a holiday tradition that dates back to Walt Disney and Disneyland. It was sad that Disney had to cancel it this year. That didn’t stop some Cast Members in Celebration, Florida from keeping the flame going, so to speak. They held their own version of the Candlelight Processional. It was held at Community Presbyterian Church, and made up of people who had participated in the event at Epcot. It was also a fundraiser, with 90% of the donations going to help laid off or furloughed Cast Members. The rest of the money was used to offset costs.

Peter Quill may not always be the brightest “star” in the galaxy, but Chris Pratt, his portrayer, saw a need and decided to do something about it. He used his Instagram account to help spread the word about hunger in America. He encouraged people to donate through feedthyneighbor.greatergood.com, and promised to match up to $100,000. His plans also included a New Year’s Eve Instagramathon, with special guests and surprises. Pratt came up with a fun way to say goodbye to 2020, while helping others at the same time.

This is my personal favorite inspirational story from 2020. When Walt Disney World shut down, many Cast Members weren’t sure what they were going to do. The unemployment system in Florida has been challenging (to say the least) and many were already living paycheck to paycheck. In July the Cast Member Pantry was formed by Cast Members. It started as a way to just get out some extra food, but the idea really took off. Furloughed or laid off Cast Members can receive food once a month. It’s run by volunteers, and donations are gladly accepted. Anyone can give through Venmo, or the Amazon Wish List. A similar group, Cast Member Toy Box, organized before the holidays to get toys into the hands of Cast Members’ children for Christmas. Cast Member Pantry has grown so much that it also helps laid off and furloughed Cast Members at Disneyland. I’ve always said that the Cast Members are the ones who make the magic, and the love of neighbor that these Cast Members have proves it. I think that Walt Disney would be proud of them.