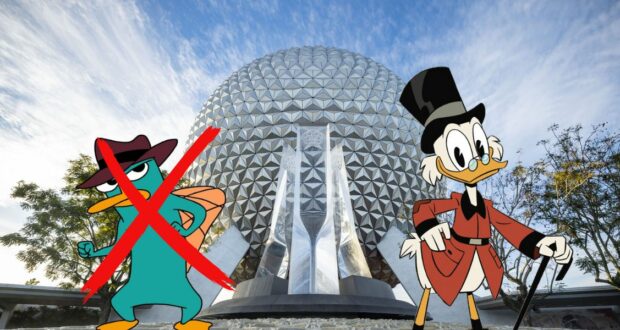 Looks like it’s time to plan another visit to Walt Disney World Resort’s EPCOT in the near future, as Disney has released the official start date for its newest World Showcase scavenger hunt.

Out With the Old…

This handheld device allowed Guests to interact with the pavilions as they sought to help Agent P (AKA Perry the Platypus) battle against the villainous Dr. Heinz Doofenshmirtz.

… In With the New

While we’ve known the replacement has been in the works for some time, we now have an official arrival date for the new DuckTales-themed scavenger hunt.

@ScottGustin took to social media to report, NEW: Disney’s DuckTales World Showcase Adventure will officially debut at EPCOT on Friday, Dec. 16: “Join Scrooge McDuck, his nephews & friends as they travel around World Showcase on a quacky quest to find the 7 Plunders of the World – and return them to their rightful owners.”

Additionally noted is that the treasures for DuckTales World Showcase Adventure are hidden in each country pavilion, including Mexico, Norway, China, Germany, Japan, France, and the United Kingdom pavilion.

Each country has three assignments and one finale, with each mission taking approximately 25-30 minutes to complete.

Keep in mind, Guests must download the complimentary Disney Play App to set off on this DuckTales mission in EPCOT. This app is separate from the My Disney Experience App.

When Disney Park Guests complete a mission in a country, they will receive an “achievement” in the Disney Play App, which must be downloaded to play. When all countries are completed, Guests can unlock a playable finale mission.

Be sure to visit EPCOT on or after Friday, December 16, 2022, to begin exploring the theme park’s new “DuckTales World Showcase Adventure.”