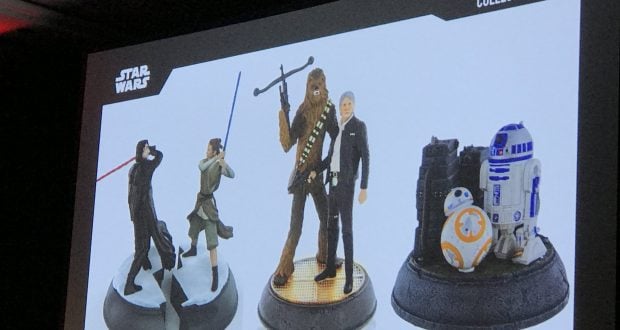 Star Wars Celebration is an official fan event that is sponsored by LucasFilm. The latest gathering was help April 13-16 at the Orange County Convention Center in Orlando, FL. One of the panels was entitled Disney Parks Presents a Conversation With Brad Schoenberg, Cody Hampton, and Quynh Kimball . It was held on the first day, and included plenty of information and pictures of items that will soon be sold in the parks. It was noted that not everything previewed is guaranteed to make it into the parks, and that some items will not be added until sometime in 2018.

d were t-shirts featuring Rey, BB-8, and select members of the Star Wars: The Last Jedi cast. There is also a Force for a Change pin. Items are available at both Disneyland Resort and Walt Disney World, but are not sold online or on the Shop Disney Parks app. Force for a Change items will be available while supplies last.

May 25, 1977 was the date that the original Star Wars was released, and there is plenty of merchandise to celebrate the 40th anniversary. A men’s t-shirt, a women’s fashion top, and an adult baseball cap are among the celebratory items. There are also plenty of pins to commemorate the occasion; including a replica of the classic lunchbox and a “Who shot first?” slider pin. Droid Factory fans will be glad to know that there’s a C-3PO and R2-D2 2-pack that celebrates the anniversary.

Speaking of Droid Factory, The Clone Wars box set features some favorites from the animated series. A version of Chopper will please fans of Star Wars Rebels, and the red protocol droid R-3DO is also new.

The Build Your Own Lightsaber stations will soon include more options, based on Kylo Ren’s lightsaber from Star Wars: The Force Awakens, and also on lightsabers seen in Star Wars Rebels. There will be new designs and colors. There are also going to be new designs for personalized name tags, based on Rogue One. If you’re looking for a new personalized cover for your cell phone, visit Star Wars Launch Bay. There are several new D-Tech on Demand designs.

Wine connoisseurs will be interested in a new offering that can be found at Disney’s Hollywood Studios. Skywalker Vineyards is a small 28 acre winery that is located on Skywalker Ranch in California. Several Skywalker Vineyards vintages are now sold by the bottle at Star Wars Launch Bay. Part of the Disney Family of Wines, you might also be able to find it by the glass at select restaurants.

Fans of Dooney & Bourke will be pleased to know that they can now carry their belongings while showing their love of Star Wars. The Dark Side collection features a tote, a letter carrier, and a wristlet. They are red and black, and feature some famous helmets from the Empire.

Star Wars Day is coming up on May 4th (May the Fourth be with you) and will be celebrated at Disneyland and Disney’s Hollywood Studios with special merchandise. There will be t-shirts, water bottles, and a commemorative ornament. There will also be two special pins.

As already mentioned, plans for future items were part of the panel. Several new options are coming for the Droid Factory, including Build Your Own Protocol Droid and Build Your Own BB-8 options. Halloween will see the release of R3-BOO17, while for Christmas it will be R3-H17. Mystery two and four packs were also hinted at. There will also be a Jawa Sandcrawler Playset and Droid Factory Buttons.

More new merchandise on the way includes collectibles featuring favorite characters, holiday pins, and an Ewok Celebration. New apparel is also on the horizon, including “I love you” “I know” baseball hats.

The panel was then turned over to the incredible Ashley Eckstein. She is not only the voice of Ahsoka Tano in both Star Wars: The Clone Wars and Star Wars Rebels, but she is also a fan. She is the founder of Her Universe, which is “fashion for fangirls”. Her Universe already has a strong presence at Walt Disney World, and it is about to get even stronger. New designs will begin to show up in the parks late summer, early fall. Designs include “poodle” skirts featuring an AT-AT or BB-8, other BB-8 designs, and a jacket based on Rey’s costume. The first male Her Universe shirt is also on the way. Eckstein was pleased to announce an Ashley Taylor vanity design featuring Princess Leia. That will be available on both a t-shirt and a print. There are other Ashley Taylor designs coming through Her Universe that aren’t Star Wars related. They include Haunted Mansion and Alice in Wonderland apparel.

After Eckstein left the stage there was talk around things that can’t yet be talked about. There will be new designs for Star Wars: The Last Jedi, which will be released on December 15, 2017. Products for the upcoming Star Wars Land are also in the works. That is scheduled to open in 2019. 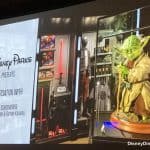 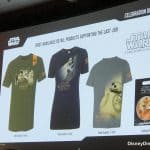 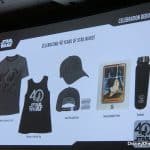 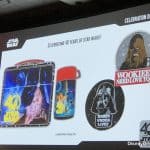 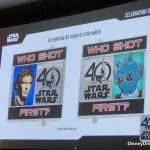 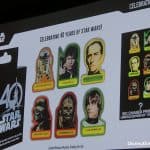 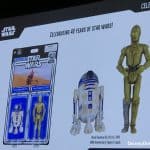 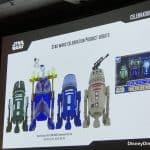 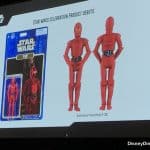 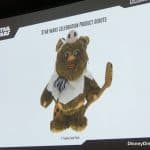 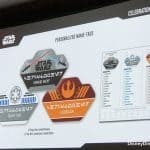 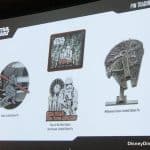 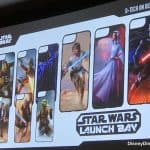 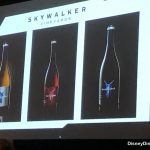 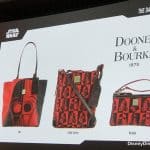 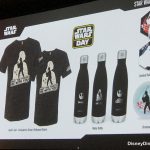 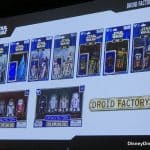 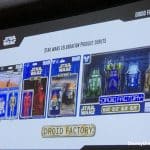 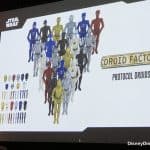 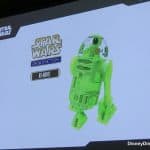 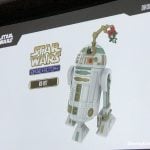 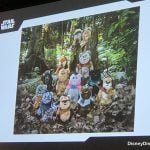 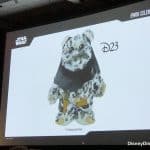 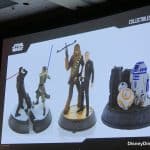 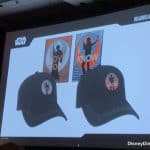 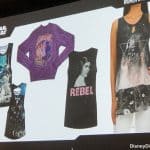