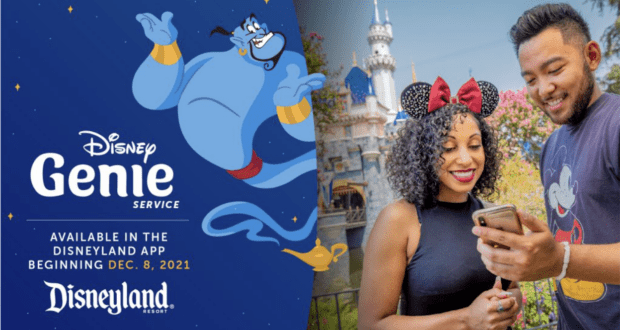 Back in August, Disney announced that a brand-new planning service would be coming to both Disneyland and Walt Disney World. The service would be called Disney Genie, and it would help Guests maximize their time in the theme parks by minimizing their time spent waiting in line. Disney Genie will also help create a customized schedule based on each Guests favorite ride, as well as dining preferences that can help them schedule where they would like to eat. 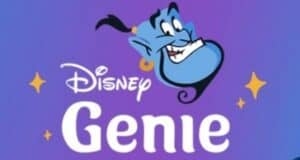 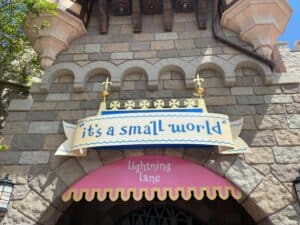 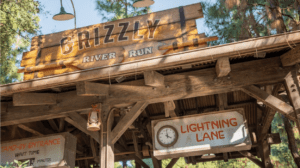 Built right into the existing Disneyland app, the Disney Genie service offers new features to help you create your best Disney day. With the Disneyland app, be sure to download the latest version and make sure that your notification and location services are turned on so you can get the most out of the app’s features.

At the heart of the Disney Genie service are features like a personalized itinerary creator inspired by the things you tell us you love, helping you make the most of your park time so you can have more fun! Tell Disney Genie your favorite things – foodie experiences, must-do attractions, Super Heroes or princesses – experiences that make your Disneyland Resort day special, and Disney Genie does all the work to suggest fun options tailored to you.

The Disney Genie service will also offer great additional features like a personal tip board to see your favorite attractions and dining options in one central place, and forecasted future attraction wait times, helping you predict the best time to visit during the day.

These features are created to help you spend less time waiting in line, so you can enjoy more of what you love. What’s more, Disney Genie service even works around your existing plans, like dining reservations!

Disney Genie+ will cost Guests $20 per day, per person. Here is more information on Disney Genie+ at Disneyland Resort.

Disney Genie+ will be available for $20 per ticket per day, and allows you to select the next available arrival window for Disney Genie+ Lightning Lane entrances at a variety of attractions, one at a time (subject to limited availability; limit one Lightning Lane selection per experience each day). Disney Genie+ Lightning Lane entrances are available at select attractions at both Disneyland park and Disney California Adventure park – great for those who have Park Hopper tickets. Disney Genie+ also includes unlimited Disney PhotoPass digital photo downloads from your day, as well as fun new audio experiences that let you discover the parks in cool new ways—through fascinating fun facts and behind-the-scenes insights. 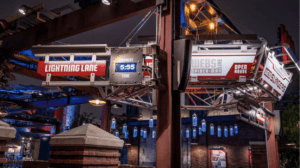 Are you excited to see Disney Genie and Genie+ launch at Disneyland Resort?