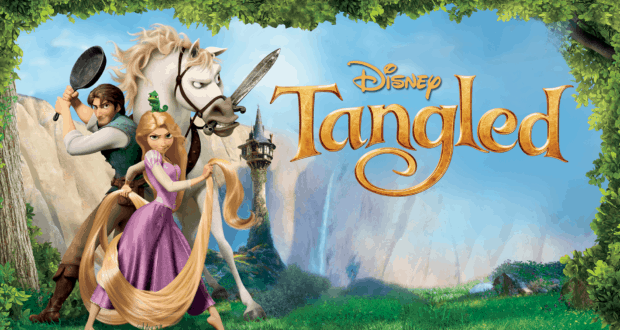 The saying “be careful what you wish for” is often apt when it comes to sequels. While we’d all like to see more of our favorite characters or continuations of our favorite stories, a bad sequel can tarnish the original’s legacy. For that reason alone, we’ve chosen to stay far, far away from the classics with this list. Instead, these are the eight films we’d like to see continue their stories.

This delightful tale of the ZPD’s first bunny officer addresses several themes that are even more relevant today than when the film was released just a few short years ago. When the predators of Zootopia begin to “go primal”, officer Judy Hopps and her reluctant guide Nick Wilde, a wily fox who skirts the edges of the law, wind up unraveling a sinister plot to vilify the city’s historically rapacious residents. The story teaches us to not judge a book by its cover while proving that what’s in our hearts often outweighs what’s in our nature, both messages that we can use more of these days.

Based on the Marvel comic series, this rollicking superhero adventure features a ragtag team of overachieving engineering students who utilize their creations to thwart the unrelenting efforts of a vengeance-seeking villain. Meanwhile our own hero (aptly named Hiro) struggles to overcome the recent loss of his beloved brother while tending to the affable invention he left behind, the perpetually innocent and awestruck Baymax. Superhero movies are generally produced with the intent of launching a franchise, and this entry should be no different. The marshmallowy Baymax provides more than just a powerful punch. He also serves as the conscience for this group of misfits who are out to make the world a better place.

Spearheaded by Muppet fanboy Jason Segel, this entry in the series served as a bit of a reboot and helped vault the delightful characters back into the pop culture consciousness. For the first time in years, Kermit and the gang were once again relevant. However, after the lackluster followup Muppets Most Wanted — which didn’t boast nearly the same level of fun or heart after Segel’s departure — not to mention the short-lived ABC series, the Muppets have largely been left to languish once again. It’s time to dust off the felt and bring these delightful characters back to the big screen.

Frozen is often credited with reviving the Disney animated musical, but this melodious take on Rapunzel actually preceded the ice-covered juggernaut. Confined to a remote tower all her life for her own supposed protection, the long-haired maiden yearns to experience all the outside world has to offer. After being reunited with the family she never knew existed and meeting the love of her life in hapless outlaw Flynn Ryder/Eugene Fitzherbert, there is still so much more for Rapunzel to explore as she adjusts to the life of a princess. A Disney Jr. sequel series showcased the further adventures of this fairy tale enchantress but, much like her lengthy locks, dreams this big can be difficult to tame. Rapunzel (and her trusty skillet) are ready for another feature-length adventure.

As hard as it is to believe, it’s been two-and-a-half decades since the Ducks last flew onto a big screen. Like Tangled, there is a sequel series in the works on Disney+, but we can’t help but be a little bit greedy. The streaming service could always use another feature to add to its library, and with Emilio Estevez on board for the series it shouldn’t be too difficult to round up a few of the adult Ducks to strap on the skates of the next generation from district five. Quack! Quack! Quack!

6. Ducktales the Movie: Treasure of the Lost Lamp

Another series rife for a streaming sequel, this beloved ‘80s classic is about to wrap up its Disney XD revival, and what better way to go out than with another full-length adventure? The original movie is pleasant enough, though it doesn’t quite capture the magic of the series. The XD version dials up the action, adventure, and irreverence while showcasing each character’s personality and backstory, even the previously interchangeable trio of Huey, Dewey, and Louie. There’s no telling where another movie would take Scrooge and his clan, but with Launchpad behind the controls the sky’s the limit!

Speaking of reaching for the sky, this early ‘90s adventure film hearkens back to the old school serials of the 1940s, yet was oddly ahead of its time. Featuring an ace pilot who stumbles onto a jet pack that aids him in his fight against crime, The Rocketeer was a superhero film before the genre really existed. In fact, the film was helmed by Joe Johnston, whose talents were summoned for the similarly-themed Captain America: The First Avenger twenty years later. There’s obviously an appetite for this type of movie, and it would be fun to see what new heights this character could soar to if given another opportunity.

This film may not scream Disney, but it is a cult classic with a devoted fanbase. And with the success of properties like Game of Thrones and Stranger Things, there’s no better time to be a fan of stories featuring dragons, mythical creatures, or the like.

2020-12-30
Mike Riccardini
Previous: Worst Disney Film Sequels We Wish We Could Forget About
Next: Disney Celebrates 2020 By Reflecting on a Year of Giving with Disney Parks