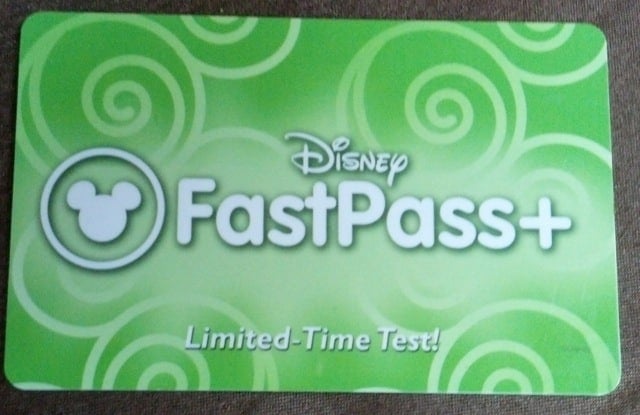 Even though I was not thrilled with FastPass+ at Disney’s Hollywood Studios (and didn’t even bother trying it at Animal Kingdom because of the long kiosk lines), I decided to give the new system another chance. On January 24 my daughter and I went to Epcot. It was only the second day of FastPass+ at the park and I expected there to be kinks. The park wasn’t crowded.

My second experience was definitely better than my first one. Don’t get me wrong, I’m still not happy about it because I loved the paper tickets, but some of the problems that I encountered at DHS were not as bad at Epcot. The kiosk lines were still long and there weren’t as many cast members with tablets trying to help. The FastPass+ line for Test Track was extremely long. I don’t know if the ride broke down earlier, that will sometimes cause a backup. It was running while we were there. There was also a very long standby line for Spaceship Earth. The standby line for Mission Space, on the other hand, was short. The time listed was 5/10, which isn’t bad at all.

The kiosk by the park’s back entrance is fairly hidden, and that was the only one that we found without a line. My daughter and I didn’t have a problem linking our tickets like we did at DHS. The touchscreen still did not want to work. I have a feeling that it was calibrated by someone who is right handed. My daughter and I are both lefties, which means we will touch the screen from a different angle. (If you’re left handed you will probably understand, and if you’re a righty…trust me. It makes a difference.) We did pretty well figuring the kiosk out without help. There was a cast member on hand who explained what we were doing to the woman behind us. There were a lot of rides with times still available, including Soarin’. The available time was after we planned to leave, but it still gave me a little bit of hope for the system. Test Track was gone. After we put in the rides that we were interested in, the system gave us a couple of choices for times. Alternate attractions were also made available if we didn’t like the times for our first choices. Like we experienced at Disney’s Hollywood Studios, there is an option to have your times emailed to you. My email came maybe two minutes later. One cast member told me that it might take up to 40 minutes. There were also sheets at the kiosk, explaining the “FastPass+ Test at Epcot”. On the back, the two groups were listed with a place to write down times.

I wish that there was an option to put the times that we are interested in into the machines, and then see what rides are available for those times. I think that would be easier for some when trying to plan. They could also keep the option for picking rides and then being assigned times. I might send that suggestion to Disney, since they are looking for input. Who knows, maybe they’ll take me seriously.

I’m hoping to make it out to the Magic Kingdom for a good part of a day sometime next week. I want to give FastPass+ there a try. Since it doesn’t have the tiers like Epcot and Disney’s Hollywood Studios, I’m curious it see if there is a difference. I have semi-high hopes that it will work fairly smoothly, since it is the park with the most rides. I’ll let you know what happens.