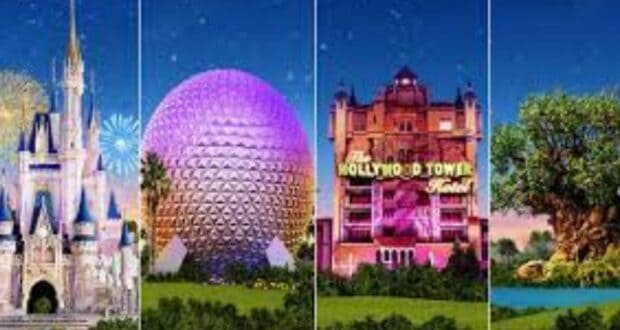 Disney to close one park for the day because of cold temperatures! Brrrrrrrrr!

You might expect to read this headline about one of Disney’s many parks around the globe. Recently, it snowed at Disneyland Paris, leaving Guests to marvel at an unfathomably beautiful Disney winter wonderland at the Resort. Heck, it can even get really chilly at Disneyland in California.

We bet you didn’t immediately think of one of the central Florida Disney Parks as one that might close due to cold temperatures, but that’s exactly what is set to happen this week. Believe it or not, one of the Central Florida parks at the Walt Disney World Resort will have to close its gates to Guests this week, per the Disney World website: Blizzard Beach will close on December 22.

The website doesn’t give any specifics about the reasoning behind the decision to close Blizzard Beach, but one look at this week’s pre-Christmas forecast might give you a clue. 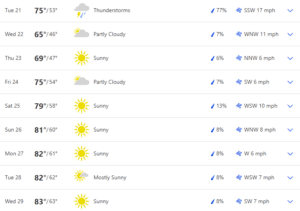 At the time of this publication, The Weather Channel is forecasting a high temperature on the 22nd of only 65 degrees, and a low temperature of 46 degrees with partly cloudy skies and winds from the north-northwest at 7 to 10 miles per hour. Nice weather for a walk outside, but definitely not for slipping into a bathing suit and enjoying the steep drop at Summit Plummet, the “tubular” fun at Runoff Rapids, or the downhill “shushing” at Toboggan Racers!

The weather on Thursday, December 23 at the Walt Disney World Resort looks to be about the same as what is forecast for Wednesday, so we will keep you updated, should the park close on Thursday as well. Don’t worry, though, because the weather on Christmas Day at Walt Disney World will be beautiful, so if you’re lucky enough to have snagged a park pass reservation, you’re sure to have a blast celebrating the season, whether you’re at a water park or a theme park!

Blizzard Beach’s closure on Wednesday will put it in good company with Typhoon Lagoon, which has been closed for a long time now. The exciting news is that Typhoon Lagoon may be opening its gates to Guests once again very soon–maybe even next month. 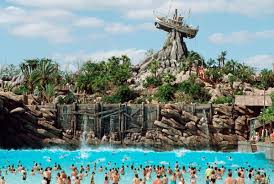 RELATED: Typhoon Lagoon to open just after Christmas? These things have us hoping!

If your holiday Disney vacation has you in the parks this week or next week, it’s important to keep up with the latest information about closures and changes in park hours, just to be sure.

You can always find information about Walt Disney World attractions, additions, inclement weather and refurb closures, changes in the parks, and more here at DisneyDining and by visiting Disney’s website here.

2021-12-20
+Becky Burkett
Previous: Our Disney Genie+ Experience at Disneyland
Next: ‘Pirates of the Caribbean’ Boat Comes Off the Track With Guests Onboard