Disney Is Charging More Than Ever For Its Theme Parks, But Spending Less On Them Than It Has In a Decade

Almost no one will claim that taking a trip to a Disney Resort is a cheap experience. From the hotels to the food to the Park tickets, a Disney vacation for many is a once-in-a-lifetime experience where memories are made, so saving up for a trip can take a long time. Things seem to get more expensive every year, but the rising costs are typically justified by the exclusive experiences and the quality of what you are getting for your money. But the question is, is the quality that made Disney a top travel destination still there? On November 10, Disney hosted its 4th Quarter Earnings call and, even though a positive spin was put on everything, the numbers fell short of expectations. The Parks are still recovering from the massive hit they took when the pandemic forced them to shut down for months — and in some cases, over a year — so the Walt Disney Company is looking to cut costs where they can. That led the company’s Chief Financial Officer to make quite a controversial comment about Guests and their waistlines. 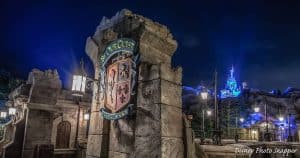 What was also revealed was just how much Disney is spending on their Parks, and the results there may bring even more disappointment. Prices at Disneyland, Walt Disney World, Disneyland Paris, and its other global theme parks have been increasing year after year, but the amount of money that Disney is putting into the Parks is continuously decreasing. In fact, in 2021, Disney has spent less money on its Parks than they have in the last decade — only investing $2.27 billion. 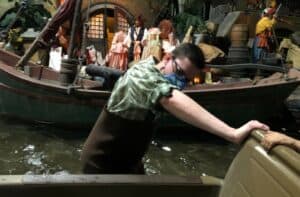 One interesting thing to note is that Bob Chapek took over as CEO of the Walt Disney Company in 2020 and that year, Disney spent $2.9 billion on their Parks, as opposed to the $4.14 billion they spent the year before when Bob Iger was still the company’s CEO. Now, the extreme drop in Parks spending in 2020 is most likely due to the fact that they were also closed for a majority of the year. However, 2021 has seen all of the Parks open at the same time for the first time since the pandemic hit, and spending is even lower than it was in 2020. 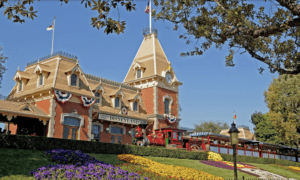 Disney has spent over $700 million less on their Parks this year but also revealed that they made $640 million in profit in the 4th quarter alone. Despite that, they are still looking at ways to cut costs, including giving Guests smaller portions of food, increasing Park ticket prices, and changing vendors to cheaper ones.