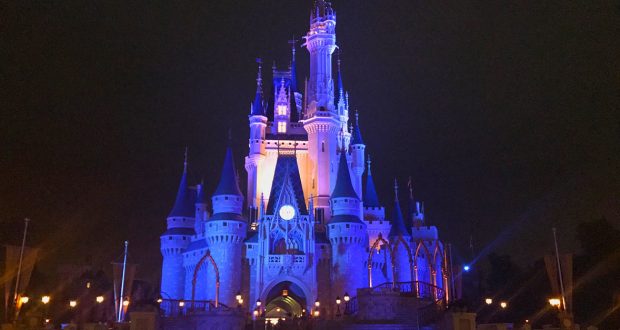 I am a huge fan of the Disney After Hours events. The first one that I attended was at Disney’s Animal Kingdom, and then I also went to the one at Disney’s Hollywood Studios. (That one, sadly, is not available at this time, and right now there are no known plans to bring it back.) Epcot has never offered Disney After Hours. I have also been to Disney Villains After Hours at the Magic Kingdom, and I will be attending that again soon. The only one missing for me was the non-villains version at the Magic Kingdom. When Disney offered to include tickets for my daughter and myself as part of our recent hosted resort showcase, I was very excited. I was also a little bit worried, because my expectations were so high.

It turns out that I had nothing to worry about, Disney After Hours is fantastic at the Magic Kingdom. What is nice about the event is that an extremely limited number of tickets are sold. That means that you will be able to walk onto almost everything! If you are all about rides, this is one event that is more than worth the money.

With Disney After Hours, you have three hours of theme park time. That may not seem like a lot, but it is amazing how much you can ride when there are no lines! The longest Wait Times that we saw were ten minutes, and those were for Space Mountain and Seven Dwarfs Mine Train. It takes those ten minutes to walk through the queues on those rides. Both times that we rode Space Mountain we walked on, and we walked onto Seven Dwarfs one of the three times that we rode as well. The other two times we waited maybe two minutes. It was nice.

One of the other selling points for Disney After Hours is that you can pick up free popcorn, novelty ice cream, and bottled soda or water. Enjoy as much as you want. There are stands and kiosks set up so that you never have to go far to find your next treat.

Unlike Disney Villains After Hours, there are no extras for the one that we just attended. There are no shows and there is no parade. That’s fine, because you can use that time to ride as many rides as possible. That is what regular Disney After Hours is all about.

I have one major piece of advice regarding Disney After Hours. You are allowed to enter the Magic Kingdom an hour before the event starts. Do that, and then make your way to Fantasyland. The front of the Magic Kingdom (including the exit) was a madhouse at the beginning of the event. Our group arrived a little bit after it started because we had another commitment, and making our way through the crowd on Main Street, U.S.A. was not easy. Once we hit Adventureland, the park felt deserted.

There are plenty of rides that should be open for Disney After Hours, so you will not run out of things to do. Unfortunately, Big Thunder Mountain Railroad was down the whole time that we were there. That was my one disappointment of the evening, because I love riding “the wildest ride in the wilderness” after dark. I consoled myself with the fact that I am local and an Annual Passholder, and I can usually get FastPass+ for it. A favorite ride not operating is a chance that you take whenever you enter a theme park, not just Disney After Hours.

If you are interested in Disney After Hours at either the Magic Kingdom or Disney’s Animal Kingdom, make sure that you buy your ticket early. The price online is less than the price that you will pay at the ticket window. Since such a small number of tickets are available for each event, there is a good chance that it will sell out. A ticket for Disney After Hours is comparable to a one-day theme park ticket. If you want to ride over and over and not wait in lines, it is worth the price. The free popcorn, drinks, and Mickey bars are nice extras.