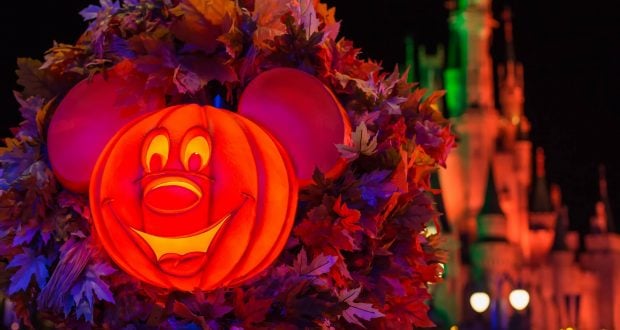 We’re all familiar with the magic of Walt Disney World during the day.  But did you know that it is just as magical at night?  Here are some of our favorite musts to experience in and around the parks after dark.

Animal Kingdom’s newest section, Pandora – The World of Avatar, is a must-see at night, when it transforms into a colorful, glow-in-the-dark spectacle.  Pandora’s bioluminescent waterfalls, plant life and pathways will truly make you feel like you’re on another planet!

Fantasmic!, in Hollywood Studios, is an evening show not to be missed in Walt Disney World.  The show dazzles with impressive technical components like pyrotechnics, and touches the heartstrings with classic Disney villains and heroes and a timeless storyline.  Of course, there are also glow-in-the-dark souvenirs and specialty snacks!

Even if you’ve ridden them during the day, there are certain Walt Disney World rides that more adventurous guests should definitely ride again at night, for a completely different experience.  Splash Mountain, Big Thunder Mountain Railroad, and Seven Dwarfs Mine Train all feel much faster and thrilling in the dark.

For Halloween lovers, this is by far the best night-time event at Disney World!  There’s a Boo to You Halloween Parade (starring the Headless Horseman), themed nighttime spectacular and fireworks, Hocus Pocus Villain Spectacular, and spooky harmonies sung by the Cadaver Dans.  Wear favorite costume and come trick-or-treating; allergy-friendly options are available!

Magic Kingdom’s newest night-time show uses Cinderella Castle as a backdrop for a journey through some of Disney’s most beloved movies.  You’ll listen to some of your favorite Disney songs while watching a stunning display of fireworks, pyrotechnics, projections, lasers and light displays.  You’ve never seen Cinderella Castle like this!

A dazzling sea monster heads up this night-time water parade at the Seven Seas Lagoon and Bay Lake, and it’s full of natural and fantastical sea creatures.  Accompanied by Disney songs and flashing American flags, this is the perfect patriotic pageant that Poseidon himself couldn’t pass up.

It’s now possible to ride Kilimanjaro Safaris at night, to get a whole new look at African animals who aren’t active during the day.  This attraction, and Animal Kingdom in general, have previously been off-limits to guests after dark, so there’s a whole new world to explore!

Magical enough during the day, the Tree of Life becomes even more enthralling at night.  Every 10 minutes, glowing fireflies bring to life colorful spirits out of the many animals carved into the tree’s trunk.  It’s an inspiring visual spectacle you won’t want to miss.