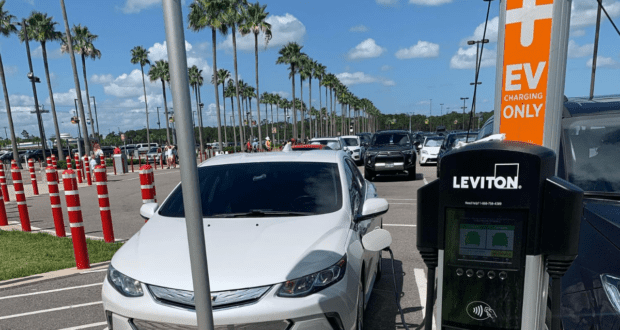 Charging Your Electric Vehicle at Disney Just Got Easier

The number of electric vehicles on the road is growing rapidly and Disney is doing its part to help EV drivers recharge. On Thursday the company announced that at Walt Disney World a number of ChargePoint Level 3 fast chargers had been installed at Disney Springs.

There are already charting stations at all 4 theme parks and at Disney’s Coronado Springs Resort but those are Level 2. To give you an idea as to what the difference is, Level 2 takes about an hour for 30 miles of range whereas Level 3 delivers 20 miles of range per minute. Thisnmeans, according to Disney, you could get a full charge on the time it would take you to ride a single ride in one of its Parks. 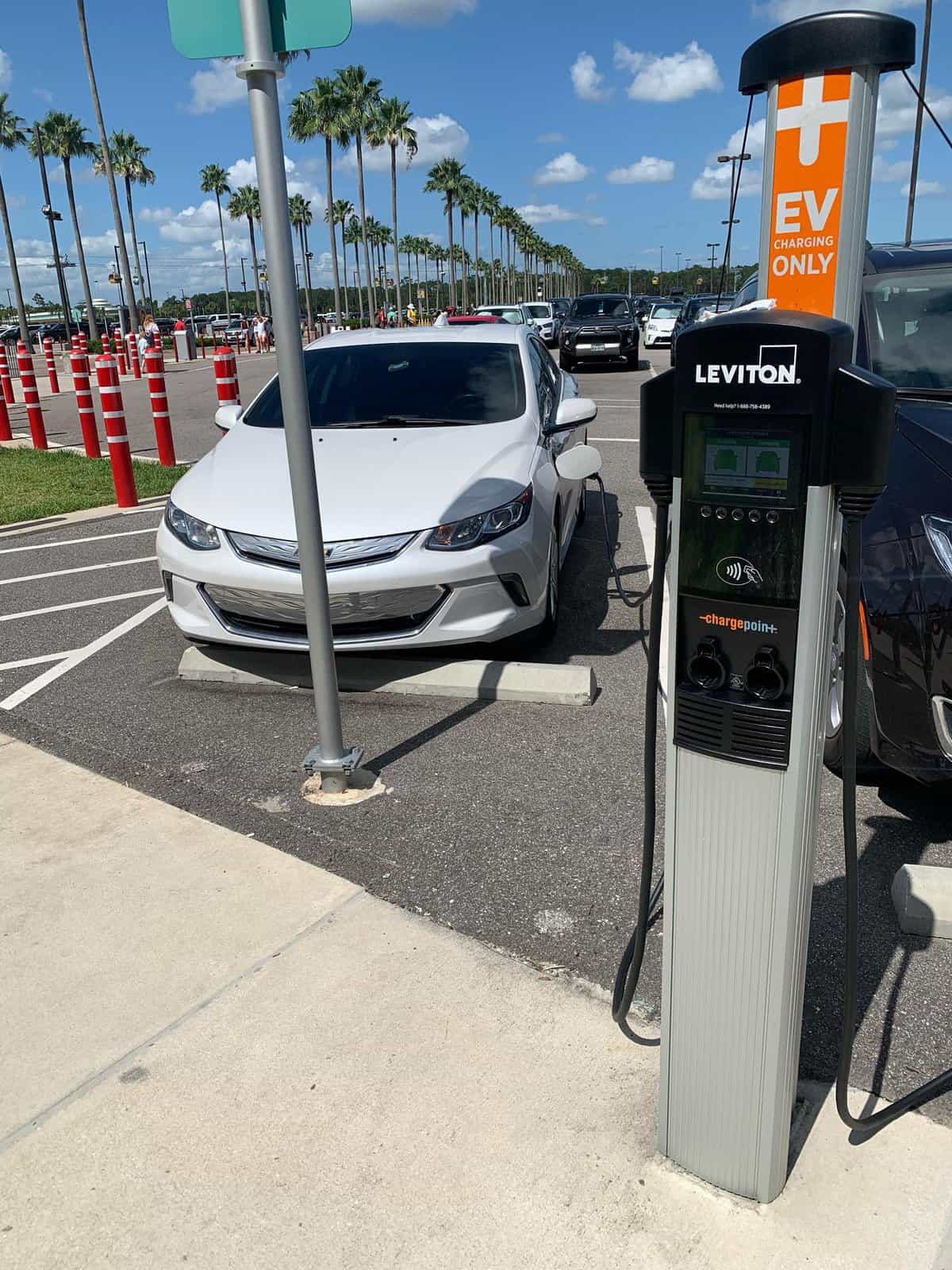 The cost for the new Level 3 chargers is $0.40/kWh, and $18 per hour 20 mins after charging stops. To put it in perspective the average electric vehicle has a range of 220 miles on a full charge, at 20 miles of range per minute your EV could be fully charged in roughly 11 minutes. However, if you leave it to charge while in the park you’ll be hit with an $18/hour and 20 minutes charge after that 11 minutes which could result in a hefty bill at the end of the day.

Currently Disney has already deployed 4 of the Level 3 chargers at Disney Springs with plans to I stall another 4 very soon. You can find the new ChargePoint EV charging stations behind the Cirque du Soleil in the Watermelon parking lot. Time will tell if the new chargers will eventually make their way to the Parks as well. We would expect to see them expanded to resort hotels before upgrading existing chargers at the theme parks. 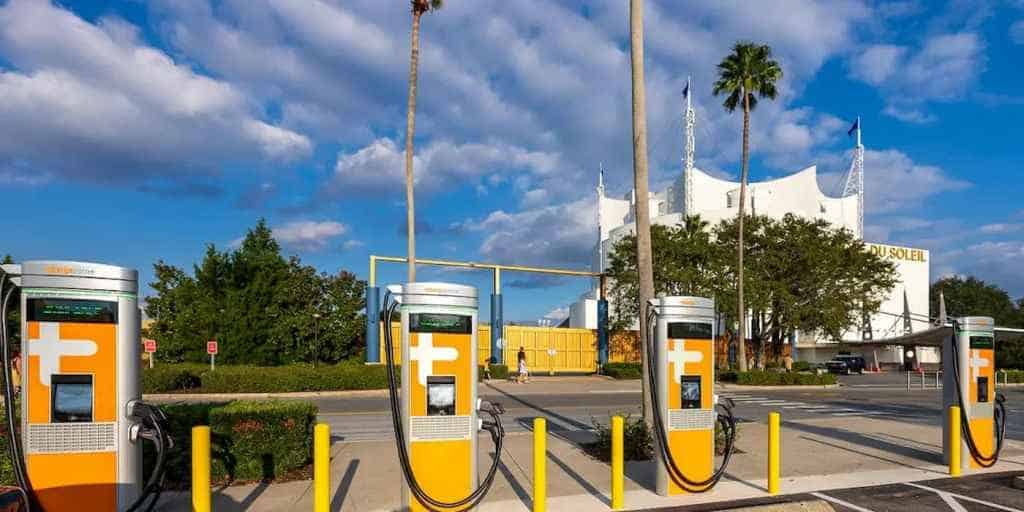 To locate EV charging stations at Disney, you can download the ChargePoint app, which takes less than five minutes in total. From there, the app will automatically show you the closest stations, how long it will take to charge, the cost, and if it’s currently in use.