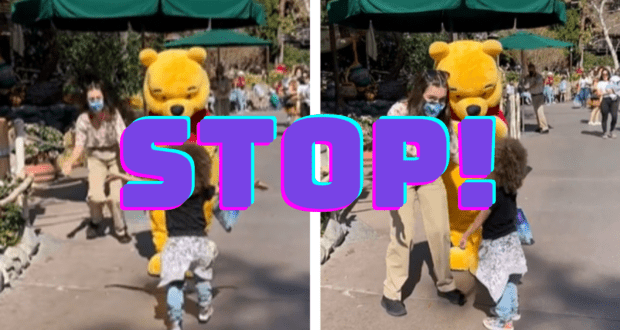 A new video of a child rushing to hug Winnie-the-Pooh has been viewed over 2.5 million times since it was posted during the last week of February.

The video, posted by Dani Reeves (@iamdanireeves), shows a young child (her 6-year-old daughter) walking in front of her at Disneyland Resort in California. Suddenly, the child is filled with joy as she sees Winnie-the-Pooh walking toward her.

The little girl rushes toward Winnie-the-Pooh with her arms open, hoping to embrace one of her favorite Disney characters right in front of her. But sadly, the little girl never gets that chance.

Just before Reeves’ daughter can reach the Silly Ol’ Bear, a Cast Member rushes from behind the character to stop the child from touching Pooh Bear. Reeves can be heard on the video, calling out to her daughter, “Oh, you can’t go, you can’t go, you can’t go hug!” The child immediately does an about-face and returns to her mother’s side with a look of embarrassment mixed with disappointment. 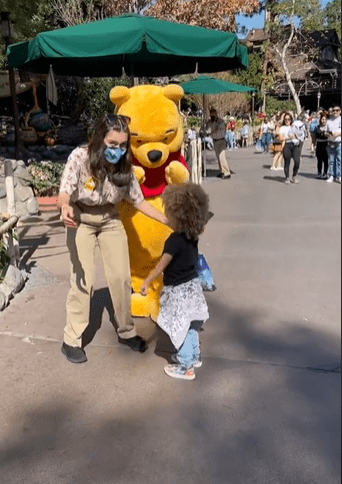 RELATED: Thanks to Airbnb, Disney fans can stay in Pooh Bear’s house!

Reeves captions the video with the words, “COVID sucks! My daughter was so embarrassed and upset after this.”

Clearly, the Cast Member in the video who stopped the child from hugging the beloved Disney character was only doing what she was instructed to do; she was attempting to ensure a safe distance between the child and the character in the name of COVID protocols and procedures in the park. 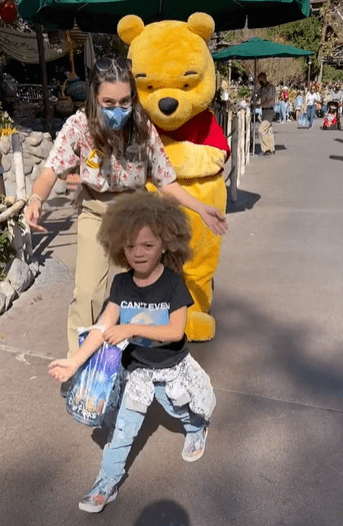 The video of the missed opportunity with Pooh has been viewed millions of times, and its popularity among viewers might be because of the reaction by the Cast Member. While her reaction was no doubt a part of the park’s current COVID protocols, it also seemed to spoil the moment and the magic for the little girl. She’s a child, and COVID isn’t going to be the first thing on her mind. (She’s young enough that it probably isn’t a thought for her at all!)

COVID protocols have changed the ways in which Guests access the magic at Disney World and Disneyland. Both parks closed in March 2020 in response to the growing coronavirus pandemic. Disney World reopened in July 2020, almost four months later. Disneyland kept its gates closed until April 2021.

We’ve come a long way since the parks’ reopenings. Only two weeks ago, both parks announced the removal of mask requirements in the parks, except on the monorail and other forms of Disney transportation.