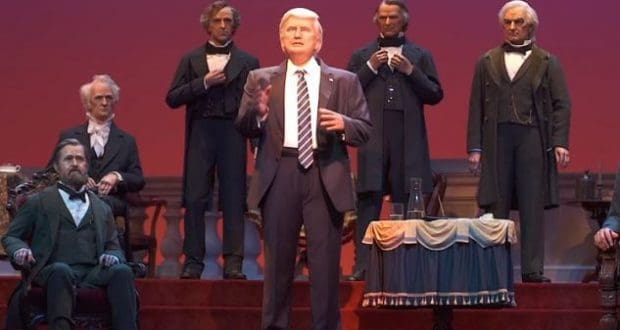 When you board a ride vehicle at any Disney Park, there are certain things you are advised of. Every ride announcement tells Guests to always keep their hands, arms, legs, and feet inside of the vehicle at all times. When Guests see shows, such as “It’s Tough to Be a Bug”, “Great Moments With Mr. Lincoln”, or Mickey’s PhilharMagic, they are told that there should not be any flash photography or external video recordings during the show. It is implied that Guests are to remain quiet during the show, as to not interrupt other people. 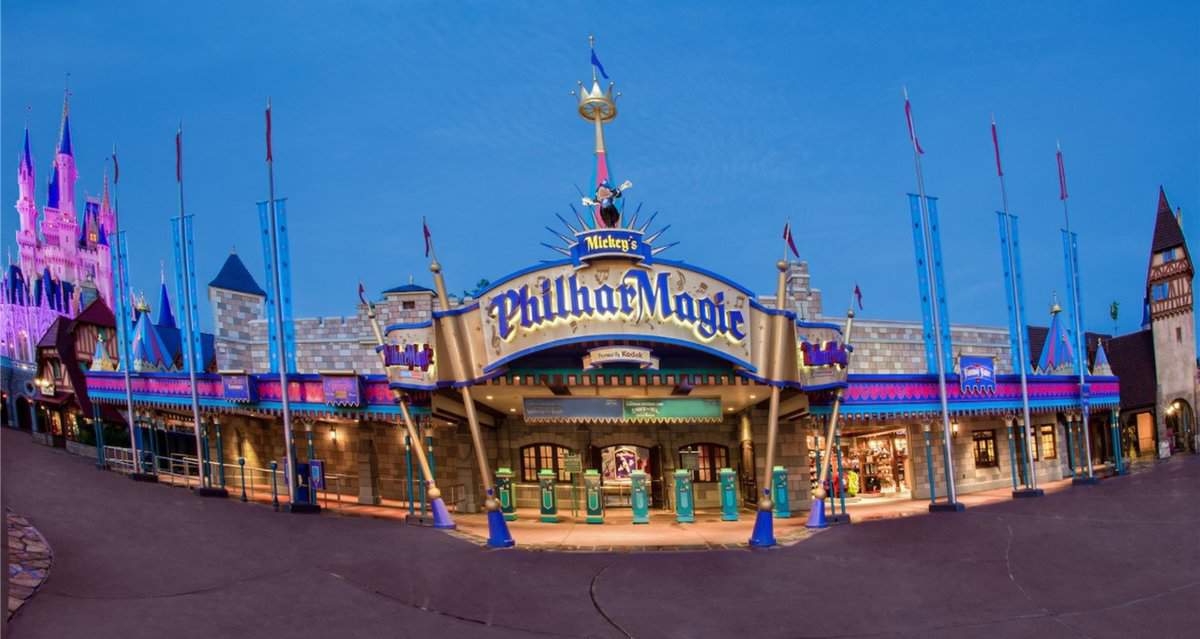 Recently, TikToker Reymart Santiago visited the Hall of Presidents in Liberty Square at Magic Kingdom Park. During the show, some of the animatronic Presidents make a small speech. When the show got to Donald Trump, certain Guests began to shout and clap and chant “Trump, Trump”. That forced one of the Cast Members working the show to turn on his speaker and remind Guests not to interrupt the show.

You can watch the full video below:

Here is more information on The Hall of Presidents — which opened with the Magic Kingdom in 1971.

Take your seat in the stately theater, home to 3 massive digital projection screens and a grand proscenium. Watch an original film—developed by a Pulitzer Prize-winning historian—that tells the dramatic story of the nation’s founding.

Learn about the formation of our Constitution and the hard-fought struggles along the way—such as the American Revolution and the Civil War. Listen to the stirring words of John F. Kennedy echo through the theater and watch Abraham Lincoln—in attendance on stage—deliver his Gettysburg address.

The Presidents Will See You Now
Watch the curtain rise to reveal startlingly realistic Audio-Animatronics replicas of every President of the United States—together for the very first time. Hear a speech delivered by George Washington and a recorded performance of the oath of office by the newest addition to the Hall, 46th President Joe Biden.

Wondering why there are 45 and not 46 figures onstage? Because Grover Cleveland served 2 non-consecutive terms as both the 22nd and 24th president. It is important to remember, when visiting any Disney Park, you must always be respectful of other Guests. Even though you may be excited or supportive of certain people, other Guests do not need to hear you yell and shout while they are trying to watch a show. Cast Members are also allowed to escort disruptive Guests out of any attraction.

2022-02-04
Krysten Swensen
Previous: Woman celebrating her 70th at Disney is shocked to tears when she stops for photo on Main Street
Next: Even diehard PIXAR fans don’t know these things about the studios’ films