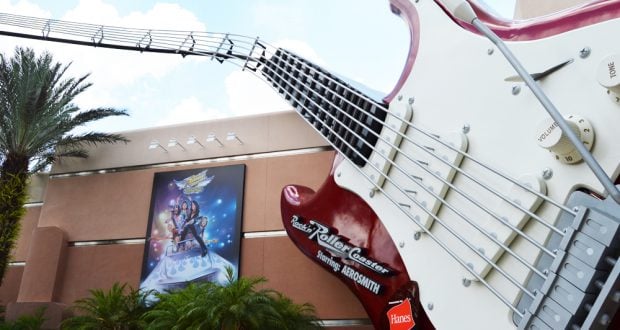 Scattered throughout Walt Disney World are details that are so intrinsically worked into the theming and design that many guests take them for granted. Included in these details are Hidden Mickeys which can literally be found everywhere across the Disney Parks, Disney Resorts, and more. Hidden Mickeys are likenesses of Mickey or other Disney characters that are subtly hidden in the décor or theming that guests can make a game of spotting. They can be found everywhere from artwork and architecture to tiling and rockwork and can range from easy to spot to very difficult. Guests can search for Hidden Mickeys throughout Walt Disney World, but there are plenty of amazing ones to be found in Disney’s Hollywood Studios in each are of the park. Here are the best Hidden Mickeys to spot on any visit to Walt Disney World’s Disney’s Hollywood Studios.

The newest area of Disney’s Hollywood Studios is Toy Story Land where guests can enter into Andy’s backyard and enjoying being the size of a toy. The most popular attraction of the area is Slinky Dog Dash and before even enjoying the attraction, guests can check out lots of neat and immersive details on the queue. Just before boarding, guests should look to the map of the attraction that Andy himself drew and look at the clouds. A classic Hidden Mickey is formed by one cloud on the upper right hand side.

Hollywood Boulevard is home to some of the best shopping locations in Disney’s Hollywood Studios including one store that is themed to feel like a costume designers shop. Adrian & Edith’s Head to Toe sells merchandise that can be embroidered and personalized and guests can check out some props that line shelves near the ceiling. Those who look closely at a brown folding fan can spot a Hidden Mickey formed by three lily pads.

Guests who are looking to enjoy big thrills in the park can ride the Rock ‘n’ Roller Coaster Starring Aerosmith which features a high speed launch and the only inversion in Walt Disney World. Before entering into the attraction, guests should check out the massive mural of the band in the exterior courtyard. Steven Tyler’s white shirt is covered not with black polka dots, but with tons of classic Hidden Mickeys!

After enjoying a hilarious showing of Muppet Vision 3D, guests can browse through the Stage 1 Company Store for unique merchandise. Before entering into the store, guests can spot how the Muppets began to paint the exterior but caused a mess and seemingly gave up halfway through. On the ground near one of the doors is a large puddle of yellow paint including a splash that forms a Hidden Mickey.

5. Voyage of The Little Mermaid

The classic story of The Little Mermaid is brought to life in Disney’s Hollywood Studios through a wonderful show that combines special effects, puppets, and live action. The Voyage of the Little Mermaid runs continuously each day in the park and features a massive mural on the exterior that shows characters and locations from the film. Near the top of the mural guests can spot Ursula who is right near a cluster of three bubbles that come together to form a Hidden Mickey.

A great full service restaurant that serves up authentic Italian cuisine with hints of Californian style can be found near Muppet Vision 3D. Mama Melrose’s Ristorante Italiano is open daily for lunch and dinner and decorated with lots of interesting and quirky details. While waiting to be seated, guests can check out a statue of a Dalmatian who has three black spots that come together to form a Hidden Mickey.

Before entering into the main building for Muppet Vision 3D, guests should spend some time enjoying the beautiful courtyard out front including a unique fountain. The fountain features Miss Piggy as the Statue of Liberty in the center and she is surrounded by other recognizable characters who can be found in boats with filming equipment. Guests should look for Gonzo who is standing on a float that features a character who looks just like Mickey!

8. The Twilight Zone Tower of Terror

One of the most popular attractions in Disney’s Hollywood Studios is The Twilight Zone Tower of Terror located at the end of Sunset Boulevard. The attraction brings guests into the abandoned Hollywood Tower Hotel and those who make it through the experience emerge in the hotel’s basement. Just before exiting the photo ordering area and entering into the gift shop, guests should look at the tiles on the left hand side of the floor to spot three large ones that come together to form a Hidden Mickey. 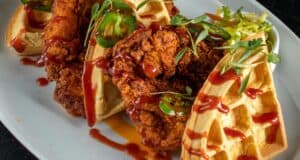