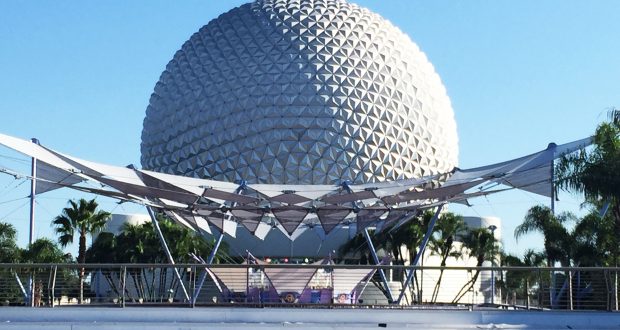 Many people extol the virtues of the Keys to the Kingdom Tour and the Backstage Magic Tour as some of the best ways to peek behind the curtains at some of the Disney magic, and to learn Disney history and trivia. Maybe it is because my family loves Epcot so much, or because we are just big Disney Nerds at heart, but my recent experience on the Undiscovered Future World Tour has been one of the best tour experiences I’ve had at Walt Disney World . . . and I’ve done several. With attractions opening and closing and being refurbished the content and order of the tour could change, but if it is similar to what we experienced I think it will knock your socks off! Spoiler Alert: please note that if you want to be completely surprised by what you experience you may want to read with caution, secrets will be spilled.

Our day began quite early using the breakfast and tour reservation turnstile before park opening. From there we paused to take a few pictures around the empty Spaceship Earth area then headed over to Guest Relations to the left of the attraction.

Upon check-in we received our nametags and a headset along with a complimentary water then went outside to wait and enjoy the empty park. Just as the crowds began to enter our tour began inside Guest Relations.

We were taken to a backstage area between Guest Relations and Innoventions where we were given some information on Walt Disney World and Epcot history; we talked about Walt Disney and his vision for the city of tomorrow; we were told about audio animatronics; and a given a few other tidbits before beginning the actual tour. I have to admit that as self-professed Disney geeks my son and I had already heard and read a lot of the information given here in documentaries and books . . .I was a little worried about the tour given this start.

Our next stop was on the other side of Future World where we went in to the closed Coral Reef restaurant to talk about the Seas attraction while watching the fish in the giant aquarium. We were given lots of facts about the aquarium, how it began, and how it is maintained. The most interesting factoid I picked up here is that the fish are taken to Castaway Cay (Disney Cruise Line’s private island) before coming to the Seas. This is a probationary period of sorts to make sure they are healthy and ready to enter the aquarium environment with the other fish.

Our next stop was the Land Pavilion next door. Here we were given a break to use the restroom or have a mid-morning snack. This was much needed for me despite only beginning the tour, we had an early morning start so I was hungry. Most of the group purchased some breakfast/snack type items at Sunshine Seasons and sat as a group to eat them. Note that no food or lunch is included with this tour as it is with some others.

We exited the Land backstage by the greenhouses and took a look around. In this spot we were behind the Canada Pavilion and could see the backside of the Rockies and other structures that make up the landscape—quite a different view than from the onstage side. Here we talked about lightning strikes in Florida and how Walt Disney World has lightning rods everywhere to minimize them. According to our guide this spot is one of the most hit in Walt Disney World.

At the time of my tour Soarin’ was open with the Soarin’ over California version of the attraction. We were “back-doored” on to the attraction with no wait. During the ride our guide pointed out various “Easter Eggs” in the attraction through the headsets. For instance, the Imagineers involved in creating the attraction were in the rafts on the river, and it is Michael Eisner who hit the golf ball in that scene. With the new Soarin’ Around the World I will have to take the tour again in hopes of getting those tidbits about the new scenes. After the ride we walked forward to the rail where our guide pointed out some of the technical aspects of the ride.

The next stop is tied for my favorite, but I’m afraid with recent announcements and changes it will not be part of the tour, at least not in the way it was for us. We entered the Imagination Pavilion and were taken up the steps to the now closed upstairs. It almost brought a tear to my eye. All of the things I remembered from my very firsts visits to Epcot and playing up there were still there . . .the rainbow tunnel off in the distance, the images of Figment. It was incredible. We were only allowed in the area directly up the stairs, but that was enough for me. And the views from up there—I had forgotten how great the views over Future World were.

After departing the Imagination Pavilion we crossed back over to the other side of Future World. We stopped first in the area in the center with the emblem on the ground. We were told this is the very center of Walt Disney World Resort. Cast members also have a little ceremony here on their first day of work (which I saw one other time at Epcot).

Our next stop was the lounge at Mission:Space. This is normally for employees of HP, but we got a peek. We were able to sit down and rest while we were told about this attraction and the appeal of space travel to Walt Disney. The lounge overlooks parts of the attraction and has beverages and a restroom—pretty nice space!

We exited backstage again (my favorite parts—I love seeing how things work). Our first backstage experience on this side of Epcot’s Future World was under Test Track. We walked under and saw how the track works (there are huge balls under the supporting columns that give with the track). We were also able to take a peek inside the shop where they repair any cars that go out of service.

Tied with the Imagination upstairs area, the final stop was my favorite. We got to go in the Costuming building. Our first stop was the general costuming side which I supposed is mundane to Cast Members but I found really fascinating. All of the onstage costumes hanging in rows and on the end of each were examples of exactly what could be worn together, accessories for cold weather, etc. And I think being in Epcot with all of the World Showcase costuming made it all the more interesting. But, it didn’t compare to the next area we entered: Creative Costuming. This means the characters. I’m not sure that Cast Members are even allowed to enter this section of the building unless they are friends with the characters. SPOILER ALERT! While we were in this area there were rows of character costumes and the talented artists there were working on pieces of the Joy and Sadness costumes. (I may have been jumping up & down just a little). As we were walking out we passed by the room where the friends of the Princesses get ready for their day . . . .Oh My Goodness! And there were a few in there preparing. Yes, I was freaking out slightly.

As we exited this building our tour was coming to an end. We were now in the area behind the China pavilion as we paused for any final questions. Our tour guide was amazing, and I hold to the fact that your tour (no matter which one you go on) is only as good as the guide. As we went back on stage in that open air but covered area of the shop in China we were given passes for VIP viewing of Illuminations that evening as well as a little keepsake surprise.

My son and I both loved this tour. We did Keys to the Kingdom the same week and I have to say that this was my favorite. I recommend both (especially to die hard Disney fans), and it is hard to choose, but we felt like we saw a lot of “exclusive” areas on this tour. It did have a slow start, but I’m happy to say that once we stopped for our snack the pace of the tour and the amazing things we were able to see picked right up (and maybe it helped that I got more sugar in my system with a chocolate chip cookie too).

Have you taken the Undiscovered Future World Tour? If so, what was your favorite part? Or is it on your wish list for your next trip? 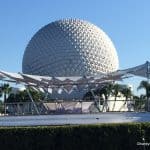 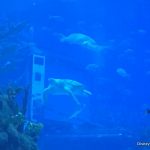 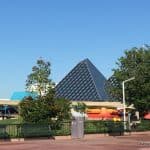 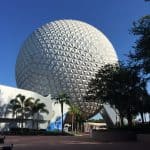 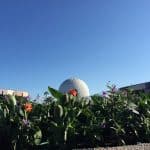 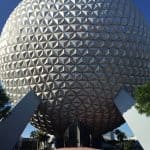 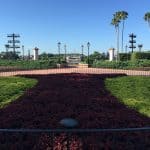 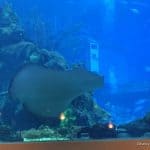