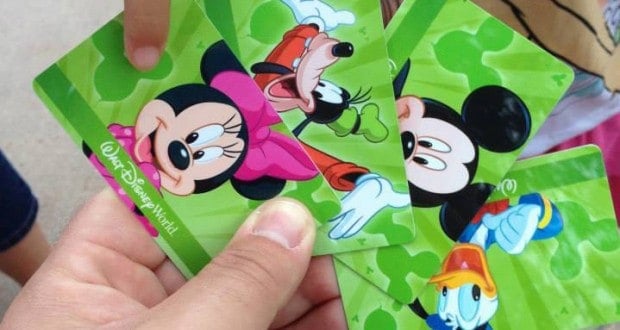 Walt Disney World might soon be making a major change when it comes to theme park tickets. While nothing official has yet been announced, there are some strong rumors which suggest that a tiered system could soon go into place. In theory, the system would ease crowding and bring more people to the parks during the less busy times of the year.

Under the new rumored system, days will be divided into three tiers. Bronze days will cost the least. Silver will be the next level, and the most expensive days will be labeled Gold. Don’t expect the price for Bronze days to go down, most likely the current ticket prices (or slightly higher) will be the starting point. There could also be some added perks on slower days. A “high and low season” ticket system is already used at Disneyland Paris.

According to the rumor, some guests will be asked their opinions about the possibility of a tiered system in exit polls this week. A similar survey on the subject took place earlier this year.

The news of a possible rise in ticket prices for busy days comes right after a new system and price increases have been rolled out for Annual Passholders. New Platinum and Platinum Plus Passes will include PhotoPass pictures for no added charge. The passes for Florida residents have changed as well. Parking charges have also increased.

Walt Disney World Resort is home to the most popular theme parks in the world, and the crowds are expected to increase in the near future. In 2016 a new Frozen ride and meet and greet are set to open at Epcot, a nighttime show will debut at Disney’s Animal Kingdom, and the work on Disney Springs will finish. Down the road there will be a Star Wars Land and a Toy Story Land added to Disney’s Hollywood Studios, and work continues on Pandora – The World of Avatar at Disney’s Animal Kingdom.

Record setting crowds have been flocking to Central Florida, and the tourist influx is only expected to grow. The tiered system, if it goes into effect, is supposed to be a way to cut down on the crowds during the busiest times of the year. It will also, in theory, make more people want to travel during the slower seasons.

2015-10-05
PaulaK
Previous: Are These Images from Disney Movies in the Correct Order? Quiz
Next: Can You Name These Alice In Wonderland Characters? Quiz