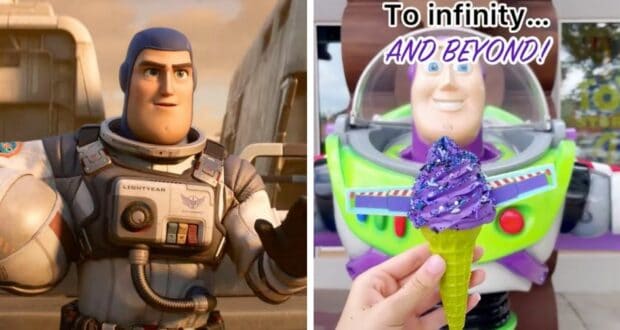 An Amazing New Ice Cream Cone Has Landed In Disney Springs For a Limited Time!

In just a couple of weeks, people around the world will be able to travel to infinity and beyond with the newest film from Disney and Pixar, Lightyear. The animated movie will see Chris Evans voice the titular Space Ranger, Buzz Lightyear, who was the inspiration behind one of the most famous toys ever created in the Pixar universe. In anticipation of the exciting new movie, Disney has introduced a brand-new ice cream cone at Disney Springs, but it will only be available for a limited time. Starting June 8, Guests visiting Walt Disney World Resort should make their way to Disney Springs. When there, make a stop at Swirls on the Water — which is located in the Marketplace area. Swirls on the Water is offering a specialty cone – the Lightyear Cone. The Lightyear Cone features a bright green ice cream cone, filled with purple cheesecake soft serve. The soft serve is topped with blue galactic sprinkles and two white chocolate wings that look just like Buzz Lightyear’s stick out of the sides. 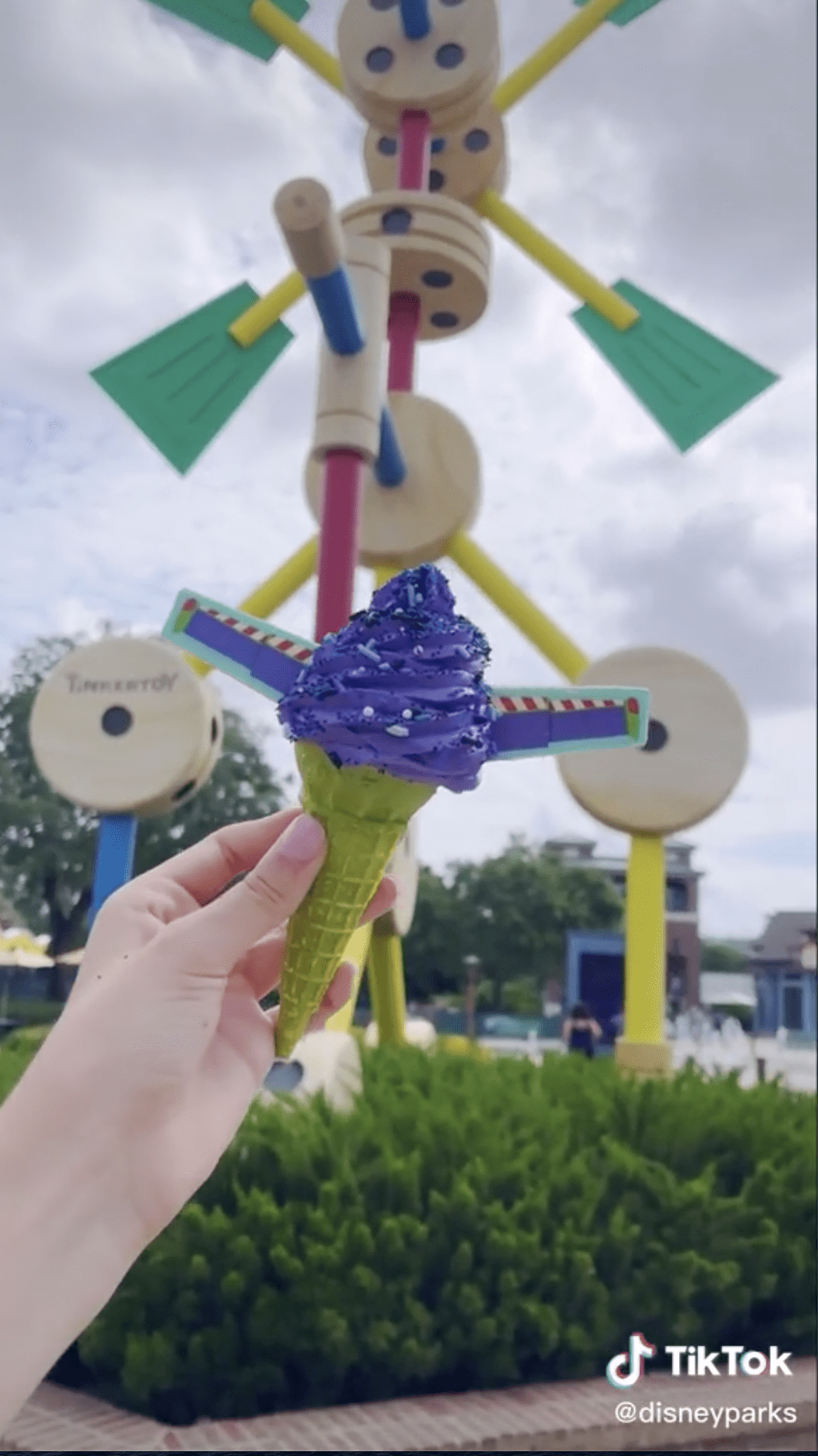 Disney Parks shared footage of the new cone-coction on its official TikTok.

The Lightyear Cone will only be available at Swirls on the Water from now until June 30. For those who may not want a cheesecake cone to snack on, Swirls on the water offers a number of other delectable treats, including a traditional DOLE whip float, a boozy DOLE whip that has either spiced rum or coconut rum, a DOLE whip tasting trio, or the beloved DOLE whip nachos which are served with waffle cone chips. 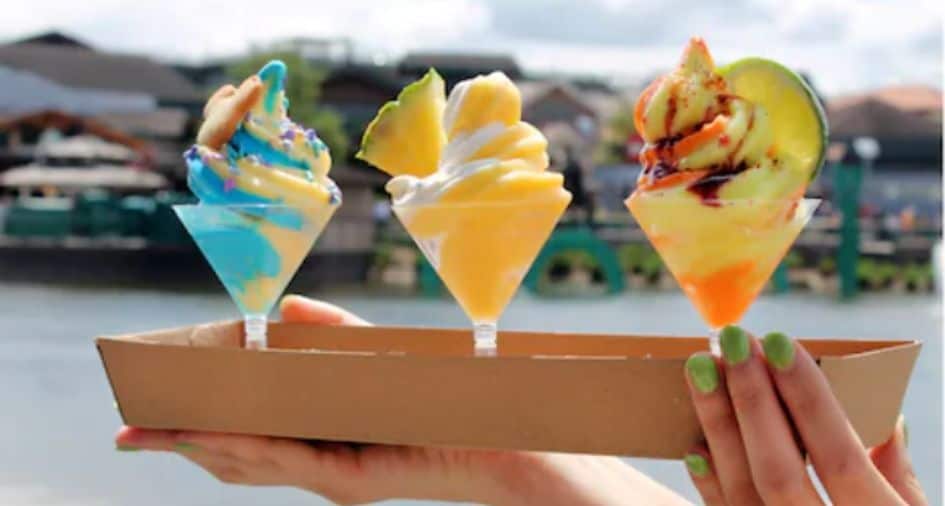 Swirls on the Water also has a couple of options that are available for Walt Disney World’s 50th Anniversary celebration. This includes the 50th celebration cone, which is a soft-serve swirl of DOLE lemon and cookie dough. It comes with EAR-idescent sprinkles and a Mickey Mouse topper.

2022-06-08
Krysten Swensen
Previous: Disney World Resort gets ready to welcome a brand-new eatery in 2023
Next: Disney World unveils BIG NEWS about the Disney Dining Plan in 2023