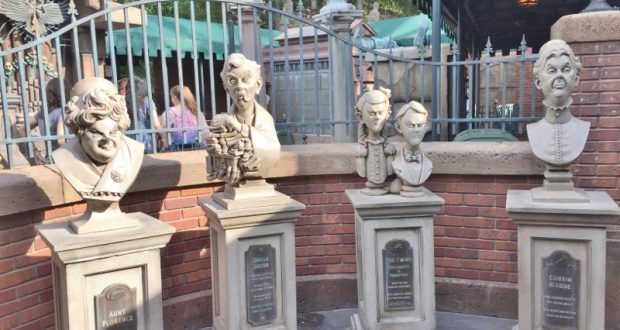 One of the coolest things about any Disney attraction are the Hidden Mickeys that the Imagineers hide throughout the attraction.  The most iconic at the Haunted Mansion is in the ballroom scene—take a close look at the table settings on the large banquet table.  But that is not the only hidden character in the mansion.  In the attic scene you can find hidden Jack Skelingtons from Nightmare Before Christmas.  And as you are going through the hallways and rooms take a closer look at the furniture you pass, that’s a hidden Donald in that chair.

Just like the windows on Main Street USA that pay homage to Disney Imagineers, Legends and other very important Cast Members, the graveyard at the Haunted Mansion pays tribute to some of the Imagineers who were key in designing the attraction.  Tributes to Imagineers like Marc Davis (In Memory of our Patriarch Dear Departed Grandpa Marc) and other key members of the Haunted Mansion team like Claude Coates and Yale Gracey have been among the tombstones.  Be sure to check out the other tombstones at the exit as well, lots of very punny epitaphs.

Did you know that every time you ride the Haunted Mansion you get a free souvenir to bring home?  I know, that is totally unheard of in a Walt Disney World theme park.  But each ride you get to take a ghost home with you!  This is one of the coolest effects in the Haunted Mansion and it just keeps getting better as the technology with projections and Magic Bands improves.  The very last scene of the attraction features the three hitchhiking ghosts looking for a ride, and then when you turn the corner some magic happens and those cantankerous ghosts play a prank on your doom buggy.  And according to the ghost host . . .they will follow you home bwahahahaha!

As I mentioned, each Haunted Mansions around the world at Disney Parks is in a different land.  And the facades match that land, so in New Orleans Square in Disneyland it is an antebellum mansion that one would find in Louisiana.  In Disneyland Paris’s Frontierland version called “Phantom Manor” the façade is an Old Western home from the 19th century.  Our Walt Disney World version is set in Liberty Square so the architecture is that of the 18th Century Hudson River Valley with a gothic flair—feels like it would be right at home in The Tale of Sleepy Hollow, I can just see Ichabod Crane coming down the road now . . .or is it the Headless Horseman?  It fits in perfectly with the land and with the spooky, eerie feel any haunted house should have.

We first meet Leota in the graveyard—pay close attention to her tombstone, you may find yourself eye to eye with a Disney Legend.  The real Leota “Lee” Toombs was an Imagineer with WED Enterprises in the 1960s working on many beloved attractions when she helped out her fellow Imagineers as a test subject for the Haunted Mansion.  Her image become the disembodied head floating in the crystal ball in the séance room, Madame Leota.  Again at the end of the attraction we hear Leota Toombs encouraging us to hurry back & don’t forget our death certificates.  I love these amazing stories that tie everything Disney together.  To learn more about Lee Toombs visit D23’s page on her as a Disney Legend:    https://d23.com/walt-disney-legend/leota-toombs-thomas/

As you visit the Magic Kingdom, and all of Walt Disney World, you may see some familiar faces.  And I don’t mean Mickey Mouse in various places.  Many of the sculptures used by Imagineers for the Audio-Animatronics in attractions are re-used in other park attractions.  For the Haunted Mansion pay particular attention to the older lady in the rocking chair in the ballroom scene, then go over and visit Carousel of Progress and look for the scene with Grandma in the rocking chair.  See what I mean?  And the gravedigger afraid to go into the Haunted Graveyard where the spirits are having a swinging wake . . . Look for him at the Jungle Cruise.

Ever wonder how the Imagineers created the convincing look of ghosts dancing, dining & dueling in the ballroom scene?  You would think it was some fancy new technology, but it actually relies on an old 19th century parlor trick known as Pepper’s Ghost.  Don’t read any further if you don’t want any spoilers!  Pepper’s Ghost works through lighting, reflections on glass and angles . . . rather than try to explain it, visit this site http://www.instructables.com/id/The-Peppers-Ghost-Illusion/  In the Haunted Mansion application there are audio animatronics above and below the ride track and their images are projected out into the ballroom onto a huge piece of glass using timed lighting to make them appear & disappear.

If you want to know a bit more about the Haunted Mansion and the effects, themes, and hidden surprises I would recommend signing up for the  Walt Disney: Marceline to Magic Kingdom Tour.  Currently that tour includes a ride on the attraction and a behind the scenes look at the Peppers Ghost effect described above.  (Subject to change as tours may change or the attraction may be down).  It is very cool to see & a must do for any Haunted Mansion fan.  You can reserve a tour by calling 407-WDW-TOUR, be sure to ask for discounts if you are a Disney Vacation Club Member, Annual Passholder or Disney Visa Cardholder.

What do you think is the coolest thing about Walt Disney World’s Haunted Mansion? 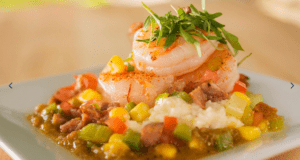 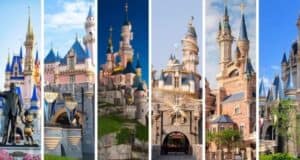