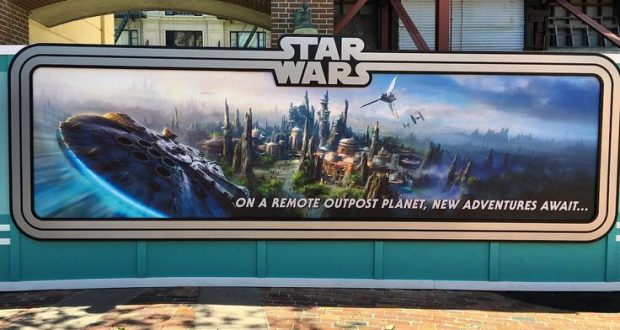 There have been a lot of changes at Disney’s Hollywood Studios over the past few years, and more are on the way. It is hard to know what to expect, even if you have been there before. Things are especially confusing for Walt Disney World rookies. Here are 12 mistakes that you will want to avoid when visiting Walt Disney World’s third theme park.

Fantasmic! is a fun nighttime show where you will step into Mickey’s dream. It features characters, live actors, water screens, lasers, fire, and more. It should be on every rookie’s must-do list. There are a few Fantasmic! mistakes that you’ll want to avoid. First, don’t assume that you can walk up five minutes before the show and get a great seat. There is limited seating, so arrive early. Second, if there are two shows, attend the second one. That one is usually less crowded. Third, if you’re really worried about seating, book a Fantasmic! Dining Package. You’ll enjoy a great meal, and you’ll be in a reserved seating area for the show.

11) Riding Star Tours Only Once

Star Tours – The Adventures Continue offers guests a chance to blast off into a galaxy far, far away. You’ll visit two planets and see some of your favorite characters along the way. Some rookies only ride once, thinking that’s all there is to it. If you don’t get back in line, you’ll be missing out. There are dozens of different ride combinations. It will take you several rides to hit all of the planets and see all of the characters. If you ride only once, you won’t come close to experiencing all that Star Tours has to offer.

10) Not Being Ready for Character Palooza

This one is kind of tricky. Character Palooza is an unmarked character meet and greet that takes place a couple of hours before Fantasmic!. The characters change, and so does the location. It is not on the My Disney Experience App, and Cast Members will tell you that it does not exist. Still, keep your eyes open, and have your cameras ready. Character Palooza only lasts for about half an hour, and no PhotoPass photographers attend.

Disney’s Hollywood Studios is a bit short on rides at the moment, but it does make up for it in entertainment value. There are several live shows, and they are a lot of fun. Plan on watching all of them. They’ll give you a chance to sit down, which is always welcome. Even if you aren’t a huge fan of the story in question, still go to the show. It just might change your mind.

At Disney’s Hollywood Studios the FastPass+ selections are in tiers. You can make one choice from Tier One and two choices from Tier Two. When it comes to Tier Two, don’t waste one of your selections on Muppet*Vision 3D. There is absolutely nothing wrong with the 3D film, it’s a lot of fun, even if it is a little bit dated. There’s also usually no wait. The theater is huge, and there is a good chance that you will be seated in just a few minutes. Don’t use Muppet*Vision 3D as your choice unless you need a third FastPass+ so that you can make a fourth selection. (After you’ve used the first three you will be eligible for a fourth choice.) There’s one more mistake you’ll want to avoid with Muppet*Vision 3D. Pay attention to the pre-show. It’s hilarious, but most guests tend to ignore it.

Tier One FastPass+ at Disney’s Hollywood Studios is cruel. Both Rock ‘n’ Roller Coaster Starring Aerosmith and Toy Story Mania! are Tier One selections! If you plan to ride both, use your FastPass+ Tier One selection for one of those. Some people will use it for Fantasmic!, which is usually a mistake. If you follow the advice already given for Fantasmic! you should be able to get a seat. Also, if you use Tier One for Fantasmic! you won’t be able to get a fourth FastPass+, because you need to have used the first three before you can grab a fourth. Fantasmic! is a great choice for the fourth FastPass+ selection if there are any still available the day that you’re in the park.

Disney’s Hollywood Studios has some incredible, fun, and delicious choices for full service dining. Read up on the restaurants ahead of time, and make a reservation for whichever one you want to try. Some rookies will make the mistake of thinking that they will be able to walk up and get a table. That is rarely possible, so don’t take the chance.

Since there aren’t a lot of rides at Disney’s Hollywood Studios, the lines grow long quickly. Don’t make the mistake of arriving late. Get there before rope drop, and head immediately to the Tier One ride that you do not have a FastPass+ for. Also, you will want to be there at the end of the day. The fireworks are extraordinary.

4) Not Taking a Break

It’s possible to hit the rides and most of the shows by the middle of the afternoon at Disney’s Hollywood Studios. Head back to your hotel, and take a nap! Taking a break in the middle of the day will help your whole family to feel refreshed, and then you’ll be ready to ride Star Tours a few more times (gotta visit that final planet!) and stay for the second showing of Fantasmic!.

Disney’s Hollywood Studios is the smallest of the four Walt Disney World theme parks, and with so much closed off it feels even smaller. Don’t complain about the construction walls, they’ll be there for a while, and you’ve been warned about them. If the small size makes you feel closed in, do not take it out on a Cast Member. Instead, thank a Cast Member for doing a great job. It will make both of you feel better.

Instead of complaining about the current state of Disney’s Hollywood Studios, dream about what the future holds! Think about what is taking place behind those construction walls. The first Disney Parks ride in the world based on Mickey and Minnie is on the way. Toy Story Land is scheduled to open Summer, 2018. Star Wars: Galaxy’s Edge will follow sometime in 2019. Great things are coming to Disney’s Hollywood Studios, so look ahead and start planning your next trip.

With all of the construction walls, some rookies think that it’s best to skip Disney’s Hollywood Studios and come back once the new lands have opened. If you skip the park, you’ll miss two of the best thrill rides that Walt Disney World has to offer. You will miss unique dining experiences, fantastic shows, and some characters that you won’t find elsewhere. Remember as well that once Toy Story Land has opened, everyone will want to experience it. Visit Disney’s Hollywood Studios now, because the lines will be a lot longer once Summer, 2018 rolls around.