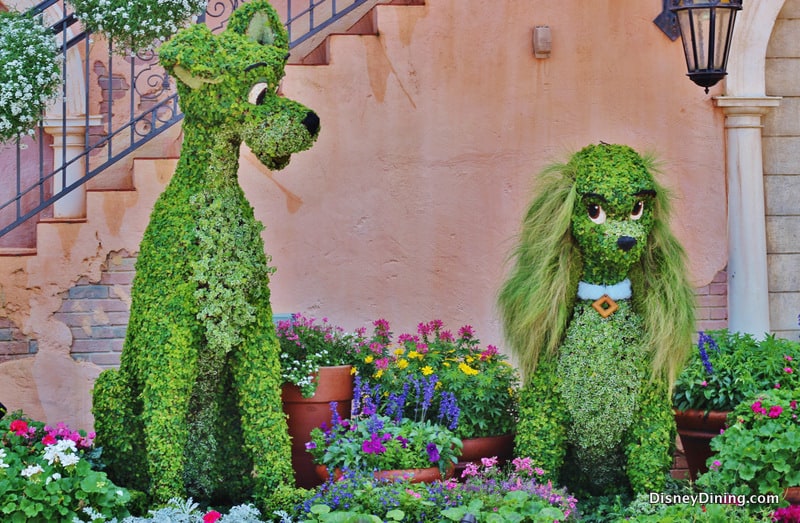 10 Things You MUST Know About Walt Disney World’s Epcot

People who don’t know Walt Disney World well are often confused about Epcot. Is it a place to learn about other cultures, or does it celebrate the future? The answer to that question is both! The front of the park is known as Future World. It’s where you can learn about the Land, the Seas, and blast off into outer space. It’s also where you will find most of the park’s rides. World Showcase celebrates 11 different nations with their food, culture, and shopping. Epcot has something for everyone. Here are ten things that you must know about Walt Disney World’s second theme park.

Some families skip Epcot because they think that it is supposed to be educational, so they assume their kids won’t like it. There are plenty of opportunities to learn at Epcot, but they’re all done in a fun way. Your little ones will love seeing the sea creatures at The Seas, and they can have a great time playing games in Advanced Training Labs. Around World Showcase you’ll find Kidcot Fun Stops, which are designed to help children learn about other cultures in a setting that they will enjoy. Don’t forget to sign them up for Disney Phineas and Ferb: Agent P’s World Showcase Adventure. They can solve a mystery and save the world, and they’ll have no idea that they are learning at the same time.

Most days, Future World opens at 9:00am, and World Showcase opens two hours later. There are some exceptions to the two-hour-later rule. Some of the quick service dining locations in Epcot, including Kringla Bakeri Og Kafe and Les Halles Boulangerie-Patisserie, open when the park opens so that you can grab something for breakfast. The character meals at Akershus Royal Banquet Hall will already be underway before rope drop. If you plan to hit Frozen Ever After or meet Anna and Elsa at Royal Sommerhus, head in that direction early. Both of those attractions in Norway open when the front of the park opens to help cut down on lines.

At the back of World Showcase, between France and the United Kingdom, there is a small park entrance. It’s known as International Gateway, and it opens when the front of the park opens. There are some great restaurants in the Epcot Resort Area, and the pace is more relaxed than inside the park. Leave for a couple of hours for a quiet meal, then return easily through the International Gateway entrance. This will also be the drop off and pick up location for the new Disney Skyliner scheduled to open September 29, 2019.

There are several special events held throughout the year at Epcot, and they often bring extra entertainment to the America Gardens Theater. There is limited seating, and some guests will line up hours in advance to see a favorite. If you’d like to skip that line and enjoy both a meal and special entertainment, make a reservation for a dining package. Choices are available at several restaurants, and you’ll receive a voucher for a special seating area. Make sure you reserve a dining package. Just eating at a participating restaurant will not meet the requirements.

“Streetmosphere” is the word that Disney uses to describe street entertainment, and you’ll find plenty of it at Epcot. Many of the World Showcase countries have performers who will amaze you with their skills. You can also find extra entertainment in Future World. These shows are fantastic because you can stop, watch, and have a great time, and you won’t have to wait in line. Pick up a Times Guide or check the My Disney Experience App to see who is performing and when.

Did you ever think that you could enjoy a romantic meal inside a theme park? At Epcot, you’ll find not one, but two signature restaurants. Both Le Cellier Steakhouse in Canada and Monsieur Paul in France will give you not just a meal, but a fine dining experience. The food is fantastic, and the service is infallible. If you’d prefer to make new friends while dining there are two restaurants that feature character meals. At Akershus Royal Banquet Hall you’ll meet some of your favorite princesses, while the meals at The Garden Grill are hosted by Chip ‘n’ Dale. You’ll have a fun time, and end up with priceless pictures.

Of course, there is more to dining at Epcot than fine wine or characters. Since there are 11 countries represented in World Showcase, you’ll find foods from around the world. There are many different full service restaurants that you will want to consider. Make reservations for your must-try choices, because you don’t want to be disappointed. There are also quick service restaurants around World Showcase. Order food from several different countries and split the dishes so that everyone can eat around the world.

There are four different festivals that are held at Epcot each year. Epcot International Festival of the Arts runs on weekends, starting in January. In the spring it’s the Epcot International Flower & Garden Festival. Epcot International Food & Wine Festival runs each fall. Epcot’s Festival of Holidays begins after Thanksgiving and rolls through winter. All four festivals are different, but they share a few elements. They all have food booths set up for extra choices, they have seminars and other opportunities to learn, special merchandise is sold, and there is extra entertainment. The festivals at Epcot are included with park admission.

When it comes to rides, there are some fun choices at Epcot. You will want to use FastPass+ so that you will wait less. At Epcot you can pick one ride from Tier One and Two from Tier Two. The problem is that Frozen Ever After, Soarin’, and Test Track are all Tier One attractions. If Frozen Ever After is on your must-do list you might want to grab that if it’s available, because there’s a good chance that will have the longest line during the day. Make sure you get in line for something that you weren’t able to get a FastPass+ for at rope drop, because all three rides are extremely popular.

1) Changes Are on the Way

As amazing as Epcot is right now, soon it is going to be even better. Epcot is currently involved in the largest park overhaul Disney has ever done. The primary area of changes will be Future World which is being divided into three “neighborhoods” with World Showcase remaining as the fourth “neighborhood”. With several closures in Future World and new attractions coming into both Future World and World Showcase, we can’t wait to experience the changes. The completion goal for this re-imagined Epcot is set for Walt Disney World Resort’s 50th Anniversary in 2021.