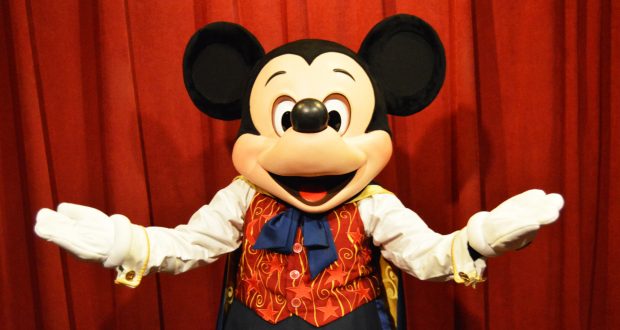 Walt Disney World is one of the top vacation destinations on the planet. Not only do newbies flock to Central Florida each year, plenty of people make it their preferred destination and return over and over again. This list is for those people. It doesn’t contain facts and figures, instead it comes from the heart. It is from one Walt Disney World fan to others. Here are ten things that you’ll understand or know if you love Walt Disney World.

10. Disneyland Is in California

If you’re looking for a quick lunch at home, chances are you’ll complain if you’re expected to pay almost seven dollars. At Walt Disney World, $6.99 for a sandwich is a deal. Walt Disney World fans know that they can get that sandwich at Earl of Sandwich, and they also know to not hit the popular Disney Springs restaurant at a traditional meal time.

Too often Walt Disney World rookies think that there is a magical bubble that covers the entire property. Nothing bad can happen in that bubble. Fans know that the bubble is a myth, and they are careful. They keep an eye on their kids, and they pay attention when they drive. They have bandages in their bags, and make sure that the entire family drinks plenty of water and uses sunscreen.

Walt Disney World fans want to spend as little time waiting in line as possible. That is why they make their dining reservations up to 180 days in advance, and their FastPass+ reservations the moment that they can. They know that some restaurants, such as Be Our Guest Restaurant, will fill up that quickly. They also realize that rides such as Frozen Ever After can run out of FP+ times 60 days in advance. Fans make reservations early, and if they don’t get the reservation that they want, they keep checking back.

6. Don’t Worry About the Weather

Walt Disney World fans will not let the weather slow them down. They will not stay away or even complain (too much) if there is a possibility of rain. They know that Florida has a rainy season and that there could be daily storms in the summer, but they also know that the storms will usually pass quickly. They know as well that there is always plenty to do, even if it rains all day.

5. A Mickey Bar Is More Than Just Ice Cream on a Stick

There is something special about the Mickey Premium Ice Cream Bar. It’s a simple snack; Mickey-shaped vanilla ice cream covered in chocolate, with a stick to make it easier to eat. To Walt Disney World fans, a Mickey Bar is more than a snack, it’s a little taste of paradise. While it’s true that you can buy similar snacks at the grocery store back home, they aren’t the same to fans. There is a reason why they are possibly the most iconic Disney snack. Enjoying the first Mickey Premium Ice Cream Bar of a vacation will make you feel like you are home.

Parents are always trying to find a way to make learning fun, and Walt Disney World is a great place to do just that. Your kids can meet Cast Members from countries around the world and learn about their cultures. They can learn about land and sea animals. They can learn about the past and what the future might hold. It’s not just the kids who can learn something new. Fans will sign up for a behind the scenes tour and learn about steam trains or new farming techniques. Everyone can learn holiday traditions or sample international snacks. Walt Disney World makes learning fun.

3. It Is THE BEST Place to Vacation!

Walt Disney World fans will start planning their next vacation before their current one ends. They will return over and over again, and will always have a great time. While at home they will search for news to see what is happening while they are not there. They know that Walt Disney World is the most magical place on earth.

2. The Characters Are Real

Don’t let anyone tell you that the characters are people in costumes. Walt Disney World fans know the truth. When you meet Cinderella you’re meeting the real Cinderella. The first thing that you’ll want to do when it’s your turn to greet Mickey is to give him a big hug, you wouldn’t do that to a stranger in a costume. When you add a picture on social media with Winnie the Pooh, you don’t put as the caption, “Here is a picture of me next to someone in a Pooh costume”. No, you instead write, “I met Pooh!!!” and change it to your profile picture. The characters are real, it’s as simple as that.

People who are not fans of Walt Disney World think that it is just for kids. Fans know that you are never too old to visit. Walt Disney World can bring out the kid in anyone. The next time you’re at your favorite vacation spot, do a little bit of people watching. You’ll see everyone from infants to retired couples who are there without children. There is no right or wrong age to visit Walt Disney World. It is for everyone who believes in magic.