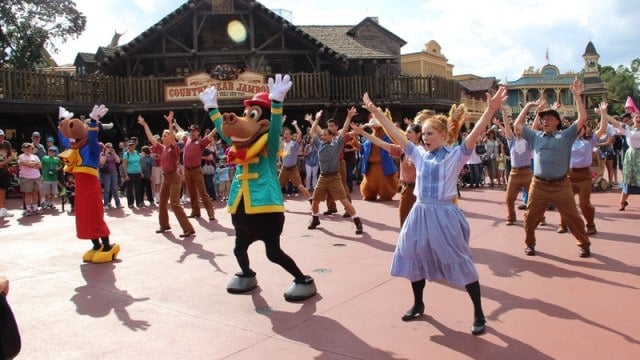 The Frontierland Hoedown is a happening that many guests miss even though this show has been around for about a decade. It’s unscheduled, but tends to happen in front of the Country Bear Jamboree. Cast members, and characters such as Brer Bear, Brer Rabbit, a couple of the Country Bears and Clarabelle Cow gather to sing and dance in the street. Characters don’t sign autographs, but guests can take pictures and even join in the singing and dancing. It’s a great little show to happen upon, and a chance to see characters that aren’t often seen.