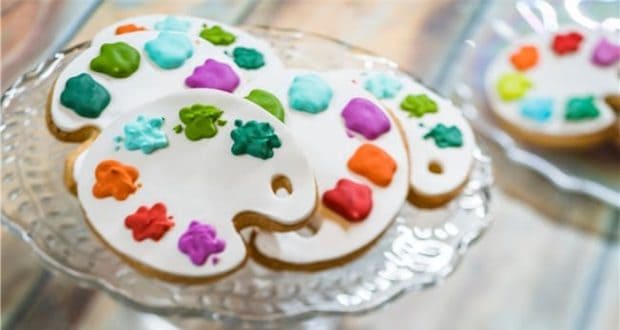 10 Reasons Why You Should Visit Walt Disney World as Soon as You Can Do It Safely, Winter 2021 Edition

The holidays are over, which means that we’ve reached one of the best times of the year to visit Walt Disney World. This winter may be unlike any other, but the magic is still there. Here are the top ten reasons why you should visit Walt Disney World this winter, if you can travel safely. Remember to check the travel restrictions in your state before you finalize your plans.

Since fewer people have been traveling the last few months, the airlines have taken a financial hit. It has been shown that flying is safe, as long as the rules are followed. There are plenty of deals out there right now, many of them are for last minute flights. Check the airline’s cancelation policy before you book, just in case.

Walt Disney World often releases several special offers at the beginning of the year, and 2021 is no exception. There are deals on tickets, rooms, and packages. Whether you’re looking for a quick getaway or you want a full last minute vacation, now is a good time to save.

Here is one that we never thought would be included in this series, but right now it’s important. Many states require a negative COVID-19 test or self-quarantine when returning after traveling. You can receive a rapid test right on Disney property. The site is located at 3010 Maingate Lane, Kissimmee, which is near Disney’s Animal Kingdom. It’s a free rapid test, and you’ll receive your results in about 20 minutes. You do not need to be a Florida resident. There is no transportation to the testing site, and expect it to take a while. (We know people who have waited for over three hours.) Make sure your state will accept a negative result from a rapid test, since they aren’t as accurate as a PCR test.

Summer weather at Walt Disney World is predictable. It will be hot, humid, and there will most likely be a quick thunderstorm in the afternoon. The same can’t be said for winter weather in Central Florida. It could be warm, but there could also be a freeze warning. Whatever the weather, it is certainly better than what you’re experiencing at home! Make sure you check the forecast right before you leave so you can pack what you need. Then again, if you have to buy jackets at Walt Disney World, they’re great souvenirs.

The capacity has increased at the Walt Disney World theme parks since they reopened back in July. That said, the crowds are still lighter than they were at this time last year! If you look at the Availability Calendar that Disney has created, you’ll notice that it is rare that all four parks are full. There were no reservations available for some days during the holiday season, but that isn’t the case right now. The parks look more crowded than they are because the lines are outside as long as possible. Wait Times are manageable.

Safety is Disney’s number one priority; the safety of both the guests and the Cast Members. In addition to keeping the queues outside in the fresh air, there are hand sanitizing stations before and after each ride. Face coverings are required, and the policy is enforced. Frequent hand washing is encouraged. Lines are marked to keep the guesswork out of social distancing. While there is always going to be a risk if you venture out, Disney has done its best to keep that risk to a minimum.

4) You Need Your Disney Fix

Except for a few locations at Downtown Disney, Disneyland in California remains closed, and it is unlikely that it will reopen anytime soon. Disney Cruise Line has canceled all sailings for the next several weeks. Traveling overseas isn’t advisable at the moment. Right now, Walt Disney World is the place that you need to go to get your Disney fix. You can step inside movies, see characters (without getting too close), and forget about all the tragedy in the world for a few days. Walt Disney wanted to offer a place for escape, and escape is exactly what Walt Disney World is all about.

Mickey & Minnie’s Runaway Railway was open for just a couple of weeks when Walt Disney World closed last March. When the parks reopened, the line for the world’s first Mickey-based attraction was always long because of social distancing. Disney recently took care of some of the problem by adding plexiglass between the rows. This allows for more people to ride, and the Wait Time has gone down dramatically. The plexiglass can be a bit distracting at first, but there is so much going on with the ride that you’ll soon forget about it.

2) Park Hopper Is Back

One of the top complaints that guests have had since July is that they could only visit one park per day. That changed on January 1, when Disney brought back Park Hopper! Things are a little bit different. You need to have a Disney Park Pass Reservation for the first park, and you need to have entered that park. Starting at 2:00 each day, you can then hop to a different park. No reservation is required for the second one. Capacity is still limited, but so far it hasn’t been a problem. If you want to know which parks you can hop to, call 407-560-5000. You might want to add the number to your contacts for easy access.

1) Taste of Epcot International Festival of the Arts

The third festival since the reopening is underway at Epcot. This time we have the Taste of Epcot International Festival of the Arts. While it is modified, it doesn’t really feel like all that much is missing. There are Food Studios, photo opportunities, extra entertainment, and plenty of artwork. The festival celebrates the arts in three forms; culinary, visual, and performing. If you have never been to the Epcot International Festival of the Arts this is the perfect year to go. It runs daily through February 22, and is included with your theme park admission.