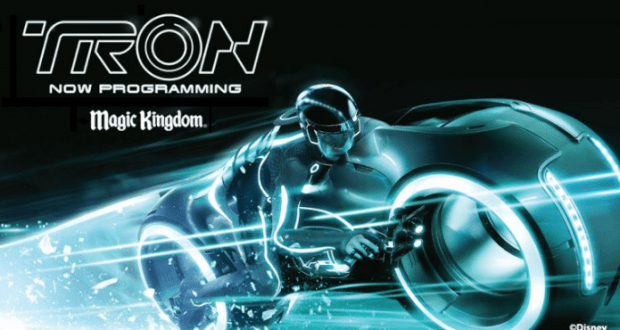 9 Exciting Things On The Horizon At Walt Disney World

One reason why people keep coming back to Walt Disney World is that things are constantly changing and improving. The recent additions of Toy Story Land and Pandora – The World of Avatar have many people excited about the next big changes. Walt Disney World will be celebrating its 50th anniversary on October 1, 2021, and Disney has many exciting plans that they want to have up and running by then. Here are nine of them.

A new restaurant is going to open adjacent to RELAUNCHED! Mission: SPACE. It will make guests feel as if they are having an out of this world dining experience. Not much is yet known about the new eatery, except that it will be run by the Patina Restaurant Group. They currently head up several Walt Disney World restaurants, including Via Napoli and Morimoto Asia. It is assumed that it will be a full service restaurant, although that hasn’t yet been confirmed. An opening date has also not been given.

A new Disney Vacation Club property is on the way. Disney Riviera Resort is expected to open Fall, 2019. It will be located between Disney’s Hollywood Studios and Epcot, and promises to have great views of the nightly fireworks. There will be approximately 300 rooms, and there is going to be a rooftop restaurant.

Speaking of the Epcot Resort Area, the long rumored gondola transportation system is set to become a reality as well. It will be called Disney Skyliner. It is set to link Epcot and Disney’s Hollywood Studios with Disney’s BoardWalk, Disney’s Art of Animation Resort, Disney’s Caribbean Beach Resort, and the new Disney Riviera Resort. Favorite Disney characters will be featured in the design. No opening date has yet been announced.

Some guests have complained that there aren’t enough rides in World Showcase, but that is about to change. A new ride based on the movie Ratatouille is coming to the France Pavilion. It will be similar to Ratatouille: The Adventure that is found at Walt Disney Studios Park in Paris. That ride is a 4D attraction where guests shrink down to Remy’s size. While the opening date hasn’t been given, it has been announced that the new ride will be up and running by Walt Disney World’s 50th anniversary.

Everyone knows that “it was all started by a mouse”. So why aren’t there any rides at Walt Disney World that feature Mickey? That is about to change, with Mickey and Minnie’s Runaway Railroad. Mickey and Minnie will climb aboard a train where Goofy is the engineer, and you can join in on the fun. It will be located in the former Great Movie Ride location. Mickey and Minnie’s Runaway Railroad promises to have more Hidden Mickeys than any other ride at Walt Disney World. The ride will be “2 and a half D”, meaning that glasses are not required. No opening date has yet been announced.

A new luxury hotel is planned that will be based on the Star Wars franchise. This will be different from the other hotels on property, because it is meant to be an inclusive experience. You will board a starship and enter a galaxy far, far away. There will be lightsaber training, droids, secret missions, and more. The cost and the opening date have not been announced.

Tron Lightcycle Power Run is an extremely popular ride at Shanghai Disneyland, and it looks like soon you won’t need to travel that far in order to experience it for yourself. A Tron-based coaster is coming to Tomorrowland at the Magic Kingdom. It is expected to be the fastest coaster at Walt Disney World. It was rumored for a while that the new coaster would replace Tomorrowland Speedway, but that no longer seems to be the case. It will be located behind Space Mountain. No opening date has been announced.

2. Guardians of the Galaxy Ride

Guardians of the Galaxy – Mission: BREAKOUT! replaced Tower of Terror at Disney California Adventure, and the ride has been a huge success. It was only a matter of time until a Guardians of the Galaxy themed attraction was announced for Walt Disney World as well. It will not be taking over Tower of Terror, instead, Disney is building it in the former Ellen’s Energy Adventure location.  Not much information has yet been released about the new ride, except that it will be an E-ticket attraction. No opening date has been announced.

The much anticipated Star Wars Land will be called Star Wars: Galaxy’s Edge. Like Pandora, the new land will be immersive, letting you leave the outside world (and the rest of the park) behind. The 14 acre land will feature two new rides. In one, you’ll be able to pilot the Millennium Falcon. The other will draw you into a battle between The Resistance and The First Order. There will be a Cantina, and Rex, the pilot of the original Star Tours, will be your DJ. Disney promises that there will be plenty of surprises, and that you will really feel as if you’ve stepped into the Star Wars universe. Star Wars: Galaxy’s Edge is set to open in 2019. Most likely it will be in the second half of the year, since the Disneyland Park version is set to open first, but also in 2019.