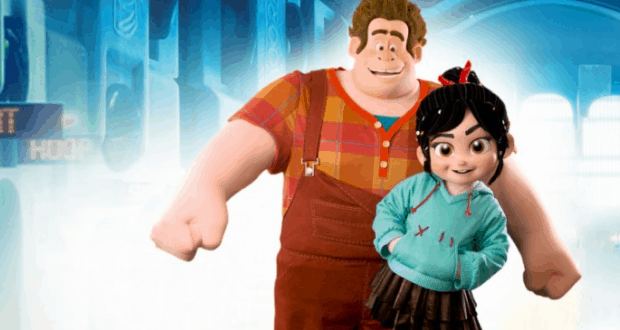 We previously announced that Ralph and Vanellope would be returning to Walt Disney World. With the opening of Ralph Breaks the Internet in theaters, it is no surprise that they are back at Walt Disney World and ready to interact with guests.  You will find them at Epcot in Innoventions West within the Future World area of the park.  You will find them with a set that is completely inspired by Ralph Breaks the Internet.

Once you are at Innoventions West, enter from the doors that are across from The Land pavilion.  It is in a different location from where Baymax was located.

The new film is now officially in theaters.  Here is a look at the synopsis for the new movie:  In “Ralph Breaks the Internet,” video-game bad guy Ralph and best friend Vanellope leave the comforts of Litwak’s arcade in an attempt to save her game. Their quest takes them to the vast world of the internet, a world Vanellope wholeheartedly embraces – so much so that Ralph worries he may lose the only friend he’s ever had.

Who can’t wait to go and meet Wreck-It Ralph and Vanellope?