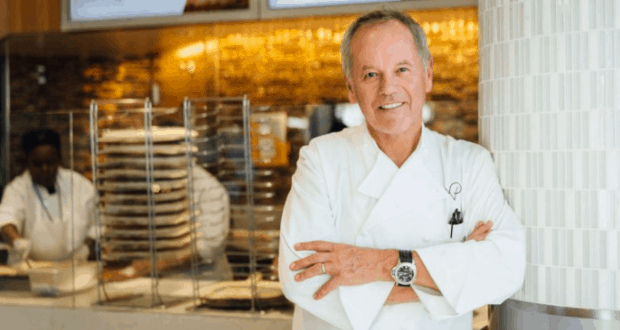 The restaurant will have a touch of California elegance to the location and menu items.  The setting is great for casual meals as well as grand celebrations and other gatherings.  The menu will feature a variety of great items, including signature dishes like the classic pizzas that Wolfgang Puck is known for, plus some new additions. The Olive Oil Seared Red Snapper with mussels, clams and fennel is one of the new items that looks to be pretty amazing! There are also a variety of homemade gelato and other desserts, so be sure to save room for dessert!

Reservations are available (and recommended) and guests can attempt to walk-up and get into the location, too!

Who can’t wait to check out Wolfgang Puck Bar & Grill?