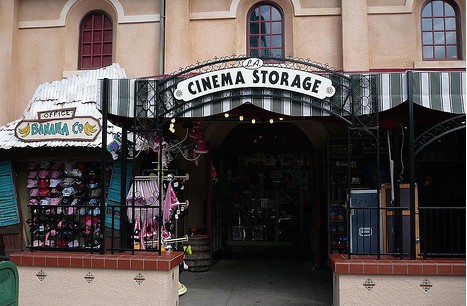 Where Will the New Starbucks In Disney’s Hollywood Studios Be?

Where Will the New Starbucks In Disney’s Hollywood Studios Be?

Starbucks’ fans have been seen moving quickly to the Starbucks on Main Street U.S.A. as soon as they enter Magic Kingdom. The same thing happens at the Epcot location. There is a Starbucks that just opened at the World of Disney at Downtown Disney and another location opening soon at Downtown Disney West Side. All of these were expected to open following the 2012 announcement that there was a new partnership between Disney and Starbucks. There will be a Starbucks in each of the Disney Parks in the United States. Waiting on the “next” one and speculating on where it will be has been the subject of many online forum discussions.

Where will the next location be? Hollywood Studios is the next park that a new Starbucks is expected to surface. But where? Many have voiced their opinions and topping the list was Sid Cahuenga’s One-of-a-kind cabin near the entrance of Hollywood Studios, but it has been turned into a MyMagic+ location to help guests get their MyDisneyExperience accounts established and handle any issues with that. Another top location guess has been the Starring Rolls Bakery, next to Brown Derby. Starring Rolls is a very small venue. It is hard to imagine that location with the crowds of people Starbucks has been drawing in the other parks.

The latest guess seems centered on the L.A. Prop Cinema Storage shop. This is the shop on the corner of Sunset Boulevard and Hollywood Boulevard. This shop is the one with the awnings and the great Disney plush characters displayed outside. The reason this one is being elevated to the top is because it is closing for “refurbishment” on June 16, 2014 and not scheduled to reopen until February 28, 2015. This location makes sense because that area with the awnings could easily be patio seating and the shop is a decent size for holding a Starbucks. This idea has some traction because of the greatly extended time frame for the “refurbishment” . That is much longer than other shop refurbishments have been. And it is long enough to transform the shop into a Starbucks. This location would be a big win for Starbucks because it is so easily accessed from the entrance to the park, and continues to have lots of foot traffic throughout the day and into the evening. Guests would see it when they enter and would probably pass it several times through the day, then again on their way to see Fantasmic, perhaps when they need that shot of caffeine the most! The merchandise in L.A. Prop Cinema Storage could easily be moved somewhere else.

Another website reported that first it was expected to go in at Writer’s Stop, which is too remote a location to meet Starbucks needs, then stated it was actually under construction near Pixar Place. Both of these were incorrect. Writer’s Stop is still Writer’s Stop. There is a coffee shop located near Pixar Place, but it is Joffrey’s Coffee, not Starbucks.

Just to be clear, we have not had any formal announcement from Disney on this yet, so keep in mind this is just in the minds of many who watch the parks closely. It is a guess. The only thing we know for sure is that there will be a Starbucks location in Hollywood Studios and Animal Kingdom, but where, that is the question.