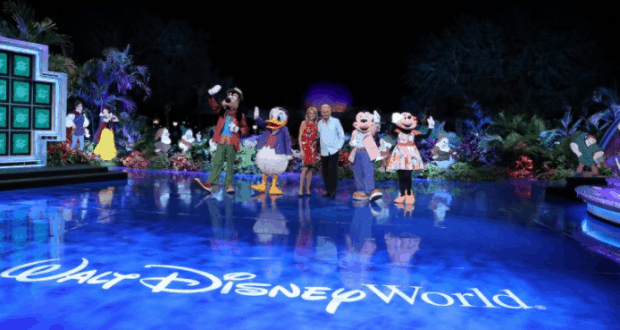 The Wheel of Fortune crew was previously at Walt Disney World in order to film for Disney Week on the show.  We are so excited to learn from Disney Parks Blog that the airing dates for the Disney Week on the show will be this week starting on Monday, April 30th and running through Friday, May 4th, 2018.  During this week, we will see Pat and Vanna go an their own adventure around Walt Disney World, throughout all four of the major theme parks.  We have learned that Pat will double as a Jungle Cruise Skipper for a wild tour and then later join Vanna for more fun throughout Magic Kingdom Park.

This week will also feature a variety of different prizes for the viewers, in addition to the contestants.  Some lucky viewers will be eligible to win family trips to Walt Disney World Resort.  Viewers will also gt a look Pandora – The World of Avatar at Disney’s Animal Kingdom and also learn more about Toy Story Land coming to Disney’s Hollywood Studios this summer.

Don’t forget to check your local airing times so that you don’t miss out on all of the fun!  It is a great way to get a little dose of the Disney magic from home.