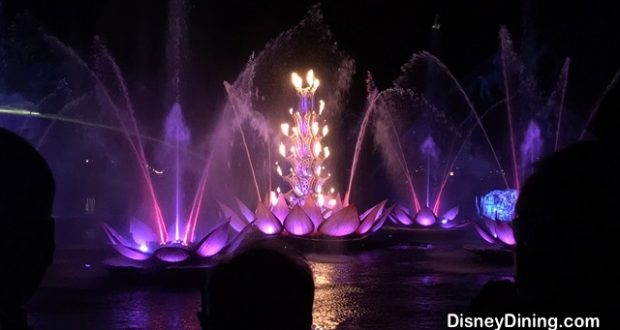 Rivers of Light is the new evening show at Disney’s Animal Kingdom in Walt Disney World.  When the show first opened, it was scheduled to be performed on select nights.  Now Disney has announced that the show will be performed on all seven days of the week starting on April 23rd.   This schedule will run through September 4th during the peak summer time of the year.  The show will be performed at 8:45PM each night on these dates.  This makes fitting the show into your schedule much easier since you aren’t limited to certain days.  Dining packages and FastPass+ are already available in the system to book with this new schedule, so you are free to go ahead and start planning and locking in your reservations.

Starting April 9th there will be 2 showing of Rivers of Light, nightly.  This schedule will run through April 22nd, with the single nightly showings starting on April 23rd as mentioned above.  During this timeline, the shows will be performed at 8:30PM and 9:45PM each night. The Easter season is an extremely popular time to visit Walt Disney World, so this will give the increased amount of guest in the area the chance to see the show while they are there.

Who out there has seen Rivers of Light thus far?  What did you think?