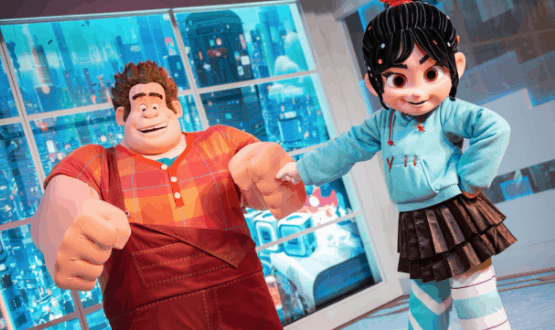 Ralph and Vanellope started meeting and greeting with guests at Walt Disney World last fall when their new movie, Ralph Breaks the Internet, debuted in theaters.  The pair have been at Epcot ever since and we have learned from Disney Parks Blog that their meet and greet location has moved to another spot.  The meet and greet will still be located at Epcot, but will now be found at the Imagination! pavilion.  “The staff of the Imagination Institute is now conducting a new experiment, creating a portal into other dimensions. That portal has opened a window on the internet for Ralph and Vanellope to step through, right into the ImageWorks area of the Imagination! pavilion, where you can meet with them every day.”

If you missed the chance to see Ralph Breaks the Internet in theaters, you can still watch it at home!  The film is now available on Digital and is coming to Blu-ray on February 26th.  It will also be available on 4K Ultra HD!

Who else would love to meet Ralph and Vanellope when at Walt Disney World?