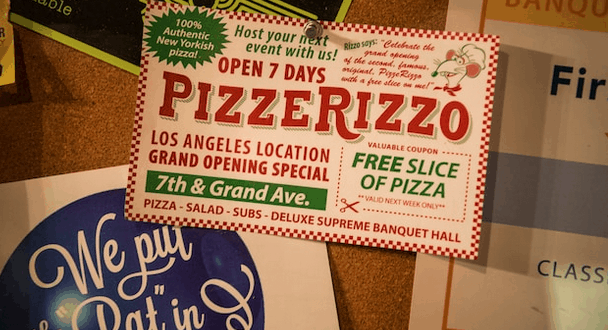 PizzeRizzo, located within Disney’s Hollywood Studios, has officially closed for a scheduled seasonal closure.  This closure has sparked a variety of rumors about the future for the dining location.  Currently the re-opening date for PizzeRizzo isn’t known and that leads to speculation that the dining location may never re-open as PizzeRizzo.  Since the location opened under this name, there haven’t been as many guests visiting.  The location had already adjusted the operating hours to accommodate for the decrease in guests visiting the location.  At the time of this post, we don’t have any official confirmation from Disney on when or if the location will officially re-open.

It is possible that the reason for the decrease in popularity for the location.  It is also possible that it is due to all of the construction that has been underway at Disney’s Hollywood Studios with the opening of Toy Story Land and the future opening of Star Wars:  Galaxy’s Edge.

We will keep you posted as we learn more about the future for this location.  Who would be upset if PizzeRizzo never re-opened?