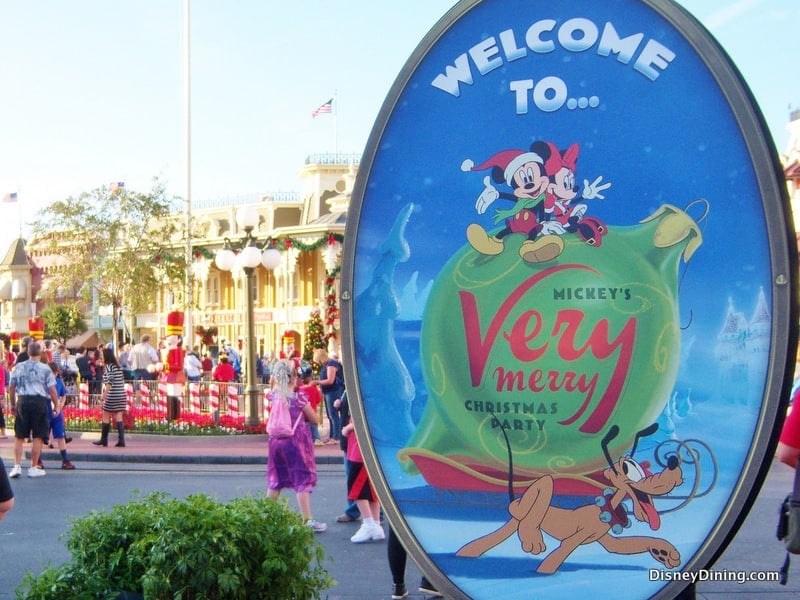 We have learned that Walt Disney World is testing changes to the park hours for party nights during Mickey’s Very Merry Christmas Party.  Traditionally the park always closes at 7 PM for party nights.  Once the park officially closes, then guests that don’t have a party wrist band aren’t allowed to board any attractions or attend events.  If seen by a cast member, they are directed toward the exit.  It looks like this year, Disney is going to try out closing 1 hour earlier at 6 PM.  The party would still start at 7 PM, but the park would close to non-party guests at 6 PM.  This would allow cast members to start herding non-party guests out of the park earlier ahead of the party events.

Party guests do not have to purchase park admission to Magic Kingdom in order to enter the park.  Not only that, they are able to enter the park starting at 4 PM, with the party not starting until 7 PM.  It doesn’t appear that there will be any change to this timing.  Mickey’s Not So Scary Halloween Party will not follow these new revised hours for 2017, but depending on how things go with Mickey’s Very Merry Christmas Party, it is possible that we will see this revision for the 2018 Halloween parties.

What do you all think of this timing change?  Do you think that this will improve the flow of the party?