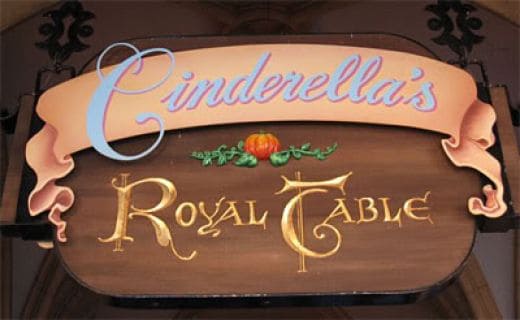 The Magic Kingdom has always been a “dry” park.  It looks as if this will change for starting in the 2016 holiday season.  Four new table service restaurants will join Be Our Guest in serving alcohol to guests.  The locations will be Liberty Tree Tavern, Jungle Navigation Co. Ltd. Skipper Canteen, Cinderella’s Royal Table and Tony’s Town Square.  Beer and wine will be served as these locations, including Be Our Guest for lunch and dinner service starting December 23rd.  The start for this change falls during the busiest season of the year for Walt Disney World, so we can expect the sales for the holiday season to be rather high for Disney.

This change will definitely be met with mixed reviews and criticism.  It was a huge deal when Be Our Guest restaurant opened in 2012 and served alcohol.  It was the first location in the history of the Magic Kingdom to serve alcohol, and alcohol has never been allowed outside of Be Our Guest, even for special occasions and holidays.  This change was met with a lot of skepticism  and upset that Disney would allow a long-standing tradition directly from Walt Disney, himself to be broken.  The restaurant doesn’t allow any alcohol to be taken with guests when they leave, and the selections that are offered match the theme of the restaurant.

With the addition of these four restaurants as alcohol-serving restaurants, their selection will also be themed to match that of the restaurant. We will see options that include Ita

lian wine at Tony’s Town Square, champagne at Cinderella’s Royal Table to toast special events and celebrations, beer and cider at Liberty Tree Tavern, etc.  Be Our Guest only serves French wines and European beers to maintain the theme, so we would only expect these restaurants to do the same thing.

The alcohol ban at the Magic Kingdom was decided directly by Walt Disney.  He didn’t want the alcohol and party-like scene to take of the Magic Kingdom, which he felt to be more of a family atmosphere.  He wanted to preserve the magic, keep the parks clean and maintain the park as a place that all family can safely enjoy and feel comfortable.  Many Disney fans will be upset that Disney is making this change and using this opportunity to cash in on the revenue potential.  With the amount of vacationers that Disney sees in a year, it is very likely that food sales at the Magic Kingdom could increase 3-5% over the course of a year with the addition of alcohol.  It will also help keep the restaurants offering alcohol completely booked up as we have seen with Be Our Guest since it first opened.  The popularity has remained even after many speculated that it would die down.

We are interested to see how this change will go over and how guests will feel about it.  With wine and craft beer becoming staples and many events for Millennials, we expect this addition to be extremely popular.  Disney will do their due diligence to ensure that the magic is preserved in the parks and that belligerent guests aren’t roaming the streets of the Magic Kingdom.  We will definitely keep you posted as we learn more about this change and the impact to the guest experience.