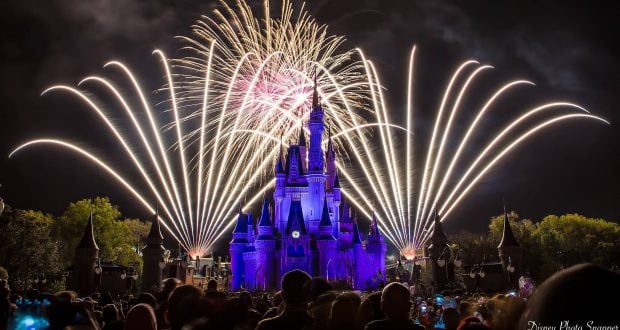 Disney Parks have announced that the fireworks show at the Magic Kingdom on New Year’s Eve will be broadcast live for guests around the world to watch.  The show is the “Fantasy in the Sky” fireworks show that will be shown on 12/30 and 12/31.  The show will only be broadcast at 11:45PM on 12/31.  There will be a blog post on the Disney Parks Blog page where you can click to view the live feed.

Disney Parks Blog frequently hosts live broadcasts of popular events.  The New Year’s Eve show was also broadcast last year, too.  Mickey’s Very Merry Christmas Party, Mickey’s Not-So-Scary Halloween Party, Food & Wine Festival and other events are among the walkthroughs and broadcasts that are frequently done during their respective seasons.  Be sure to check these out for a little bit of a Disney dose to tide you over until your next vacation.