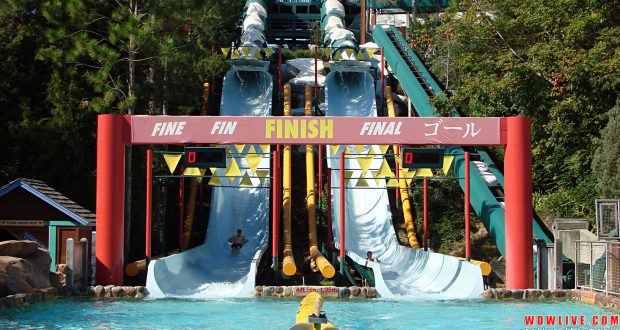 Blizzard Beach water park at Walt Disney World was closed on Wednesday, March 7th, 2018 due to cooler temperatures coming to the Central Florida area, and ended up remaining closed today, March 8th.  We have confirmed that the park will also be closed on March 9th, due to continued cooler temperatures in the area.  The water park is currently expected to re-open on Saturday, March 10th with usual operating hours.  Cool weather has descended upon the area again with temperatures reaching highs in the 70s but with lows falling into the 40s.  Typhoon Lagoon is already closed due to annual maintenance and refurbishment, so it has not been impacted by this closure.  The Spirit of Aloha Dinner Show at Disney’s Polynesian Village Resort also closed on March 8th since the temps may not have been comfortable for guests to be outside.  At the time of this post, we haven’t heard yet if it will also remain closed on March 9th.

The water parks typically close when the temperatures are expected to be too low to be comfortable.  We have seen several different water park and resort pool closures throughout Walt Disney World over the last couple months.  It is still possible that the resort pools will also close. Many of the pools and some attractions are heated, but moving from attraction to attraction could be quite chilly.  Disney keeps guest safety in mind as well as the operational costs.  The cold weather decreases the likelihood of very many guests attempting to come to the water park, making it a huge waste of operational resources to staff the park  for low attendance.

Who is ready for the cold weather to leave Walt Disney World?