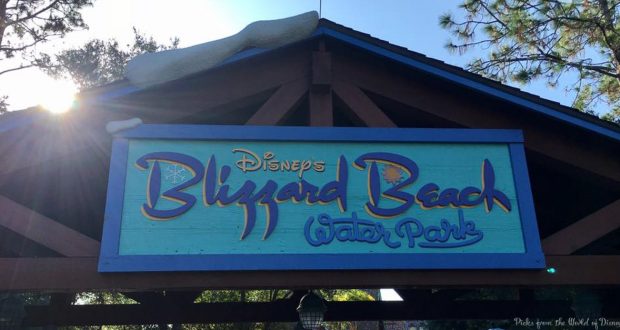 It is official that Walt Disney World’s Blizzard Beach water park is expected to close on October 28th, 2018 for its annual refurbishment.  The park is expected to re-open to guests sometime in early January, just after the new year.  Typhoon Lagoon is expected to remain open during this time so that guests will still have a water park option during their visit to Walt Disney World.  During this closure the park will receive necessary refurbishments, cleaning, painting, etc. to keep the park safe and operational during the peak months.   These closures occur at both of the water parks every year and typically stagger the closing so that at least one water park is always open.

The refurbishments are typically completed in the colder months when the water parks aren’t as popular so that it doesn’t take away from guest options during peak seasons.  There are also various days throughout the winter months that either water park may close due to cold weather.  If temperatures are expected to drop below a certain level, Disney will make the call not to open the water park on those days.  This is to preserve guest safety in colder temperatures and prevent Disney from losing money on operating costs if the attendance is extremely low.

How many of you will miss Disney’s Blizzard Beach while it is closed?