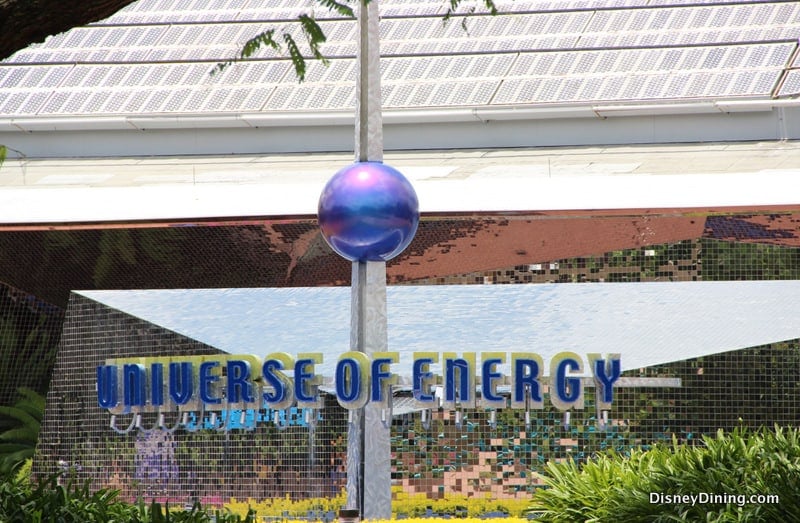 We knew that a Guardians of the Galaxy attraction was coming to Epcot in Walt Disney World.  The space where Ellen’s Universe of Energy has since closed in order to become part of the location for the new attraction.  At the 35th Anniversary event for Epcot, Disney announced in a press release some key news about this new Guardians of the Galaxy themed attraction that we are extremely excited about!  The new attraction has been officially confirmed to be a roller coaster attraction.  This means that the first official roller coaster attraction is coming to Epcot.  All of the other theme parks have a roller coaster-like attraction, so it is about time that Epcot joins the club with the rest of the parks.

It is being reported that a new building will be built to house the roller coaster portion of the attraction and the current building where Ellen’s Universe of Energy was will now be used as the area for the ride queue.  We would also expect that it is very likely that a gift shop and other areas would likely be added to the same building where Ellen used to play her dream Jeopardy game with Bill Nye the Science Guy.

We don’t have any other details at this time for what to expect for this new roller coaster, other than it will be themed after Guardians of the Galaxy.  We would love to see Disney break out some amazing new technology with this one!  We don’t have official opening dates yet, but the area is already under construction, so we know that the plans are underway!

What do you all think of this exciting news?  Who else out there can’t wait for another roller coaster to join the Walt Disney World family?