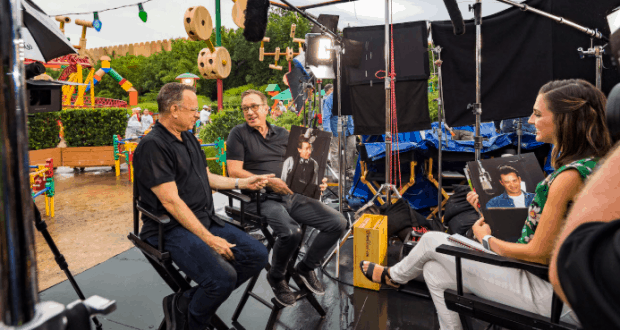 The stars and filmmakers for Disney and Pixar’s newest film, Toy Story 4, were recently at Disney’s Hollywood Studios within Walt Disney World for a press conference.  Of course Toy Story Land was the perfect location to introduce everyone to the film and celebrate as a cast.  Take a look at some of the fun pictures of the stars below! 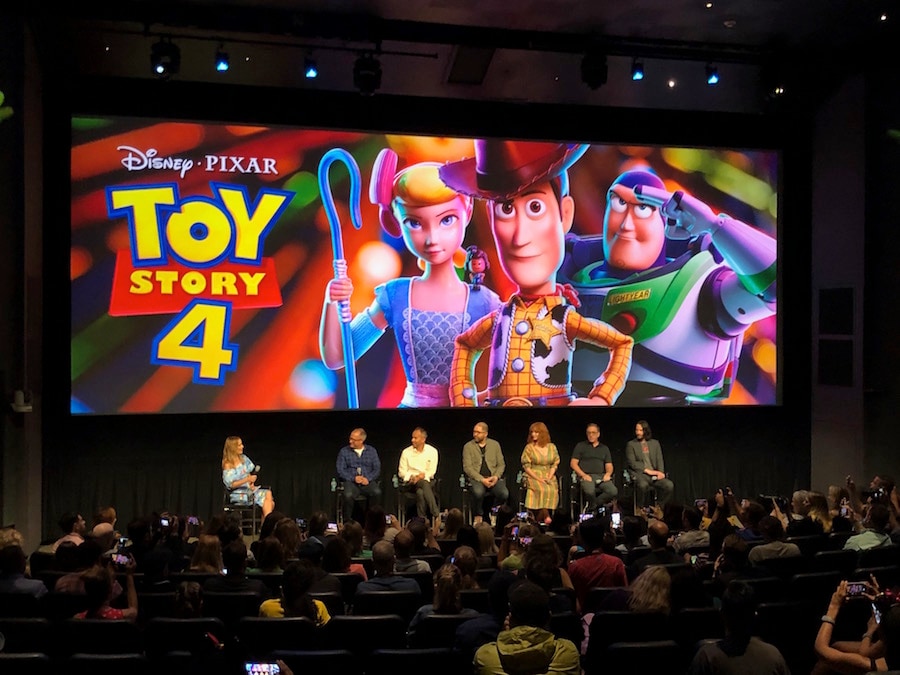 Here are some photos of the fun the team had while playing with Woody, Buzz Lightyear, Bo Peep and a special appearance by Forky! 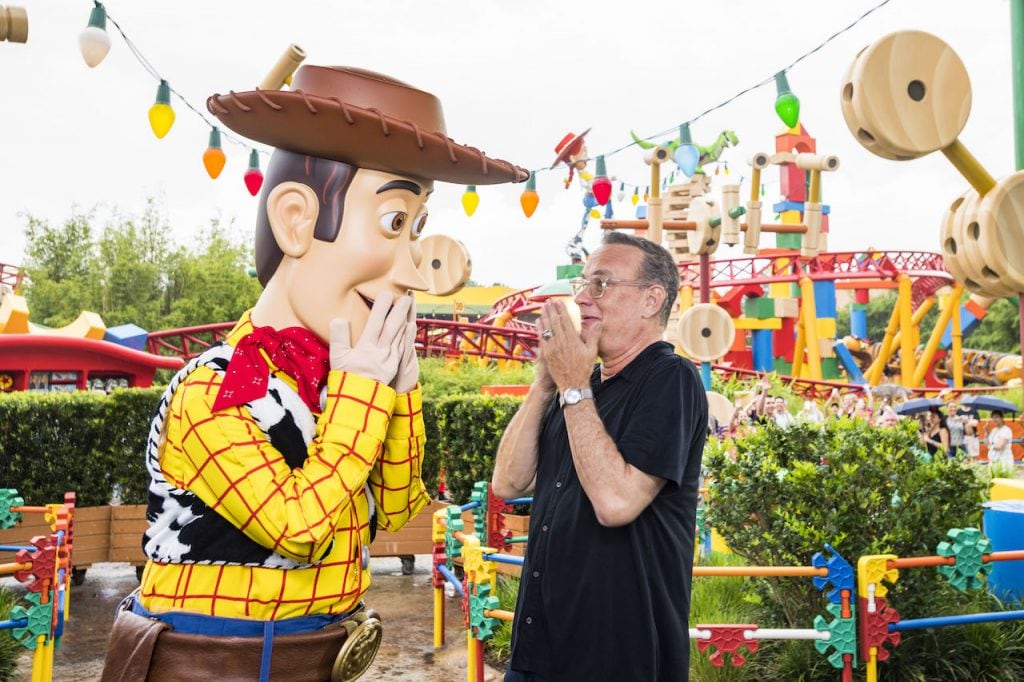 Here is a synopsis of the new film from Disney Parks Blog: In “Toy Story 4,” Woody (voice of Tom Hanks) has always been confident about his place in the world, and that his priority is taking care of his kid, whether that’s Andy or Bonnie. So when Bonnie’s beloved new craft-project-turned-toy, Forky (voice of Tony Hale), declares himself as “trash” and not a toy, Woody takes it upon himself to show Forky why he should embrace being a toy. But when Bonnie takes the whole gang on her family’s road trip excursion, Woody ends up on an unexpected detour that includes a reunion with his long-lost friend Bo Peep (voice of Annie Potts). After years of being on her own, Bo’s adventurous spirit and life on the road belie her delicate porcelain exterior. As Woody and Bo realize they’re worlds apart when it comes to life as a toy, they soon come to find that’s the least of their worries.

Toy Story 4 is directed by Josh Cooley, produced by Mark Nielsen and Jonas Rivera and will debut in theaters on June 21st, 2019.

Who else can’t wait to see Toy Story 4?