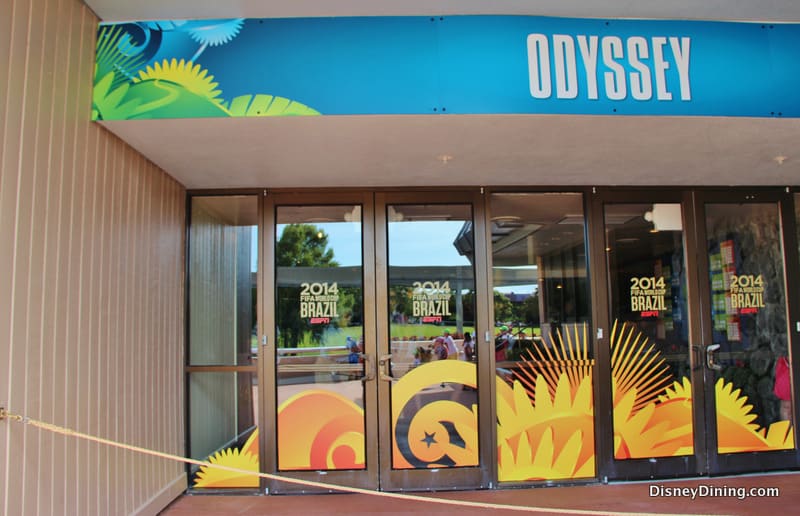 We have learned that there will be some changes coming to the Odyssey building located within Epcot at Walt Disney World.  The building is located close to the World Showcase area of the park on the side toward Mexico.  In recent years, the building has been used for various festival and holiday events, including banquet dinners.  It looks like the building will receive refurbishments in order to make the space even more flexible to use more frequently.  From what we have heard, the building could be used for meals, merchandise, character meet and greets, etc.

The work planned during the refurbishment will include the addition of windows instead of the wall panels so that guests can see into and out of the building.  This will also allow guests a little better view of what is going on inside and what will be offered at any given time.   The Odyssey was originally a restaurant that opened in 1982 with the opening of Epcot.  Once the restaurant closed, it has been a seasonal location for various events ever since.

We don’t have any updates or official confirmations from Disney on the development and when it is expected to complete.  We are also interested to learn what the first offering will be after the refurbishments are complete.

How many of you ate at the Odyssey when it was a restaurant?