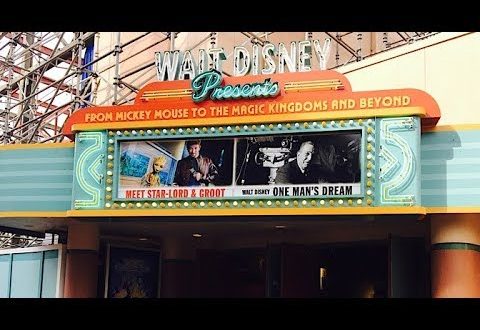 We are all extremely excited that Toy Story Land has finally opened to guests at Disney’s Hollywood Studios within Walt Disney World.  We can expect that the long waits that guests experienced over the weekend will continue into the next several weeks and even months.  With the opening of Toy Story Land, Walt Disney Presents also made changes of their own.  There was a small display case at the attraction that held the Star Wars: Galaxy’s Edge model.  This model has now been moved into the large case where the Toy Story Land model was previously on display.  In the small case that previously held the Star Wars: Galaxy’s Edge model, a model of an AT-AT walker is now in it’s place.

Star Wars: Galaxy’s Edge is set to open in late fall at Walt Disney World.  This immersive Star Wars themed area within Disney’s Hollywood Studios will feature new attractions, dining, shopping experiences and even a new themed resort experience unlike anything that Disney has ever done.  2019 is already shaping up to be an extremely exciting year for Walt Disney World with this major opening as well as other attractions that are scheduled to make an appearance around Walt Disney World.

Keep checking back with us for regular updates on the happenings with Star Wars: Galaxy’s Edge.