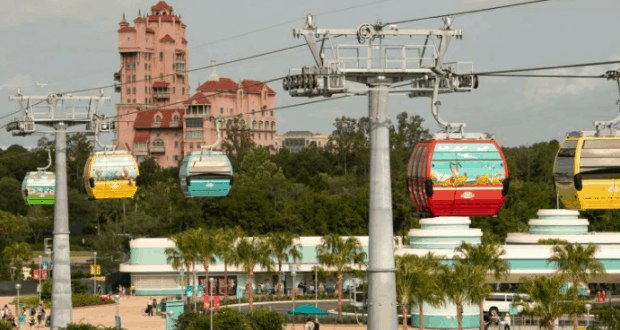 Some of the gondola cabins will feature graphics and characters from classic Disney films and/or attractions.  The test runs are currently running between Disney’s Caribbean Beach Resort and Disney’s Hollywood Studios.

Take a look at this video below:

The test runs with the gondolas unwrapped are definitely a major milestone in the process and indicate that we are even closer to being able to take a ride on this amazing new system.  Walt Disney Imagineering began testing the gondolas at the Resort just months ago. 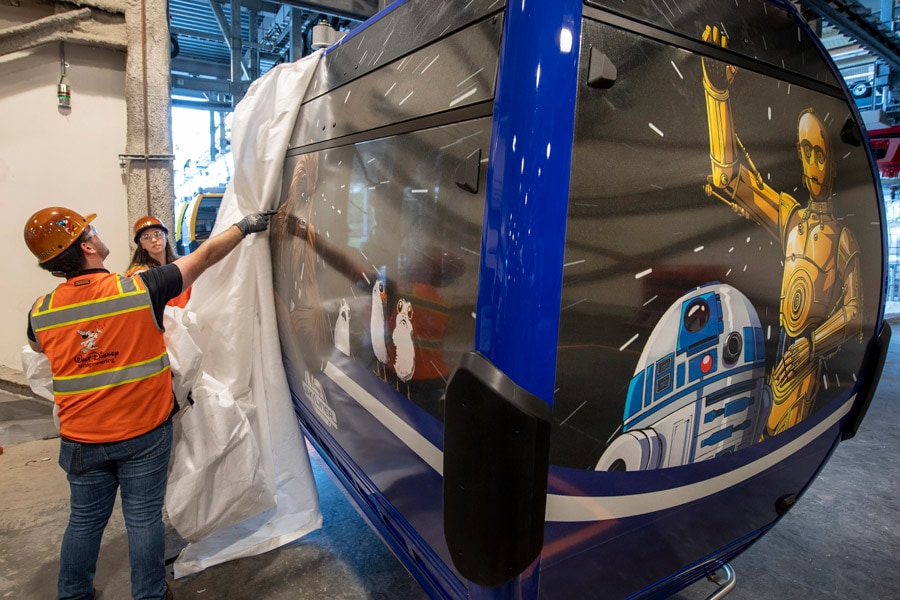 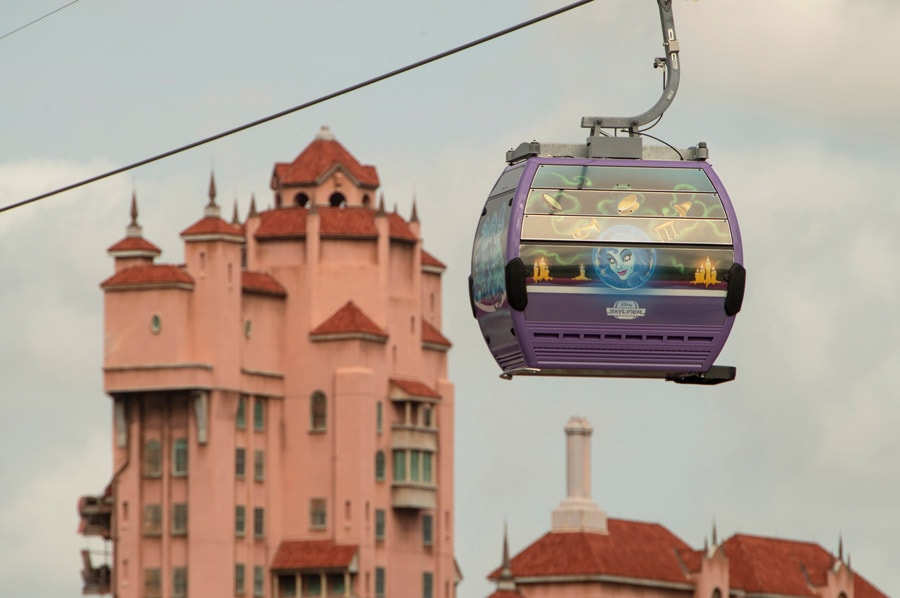 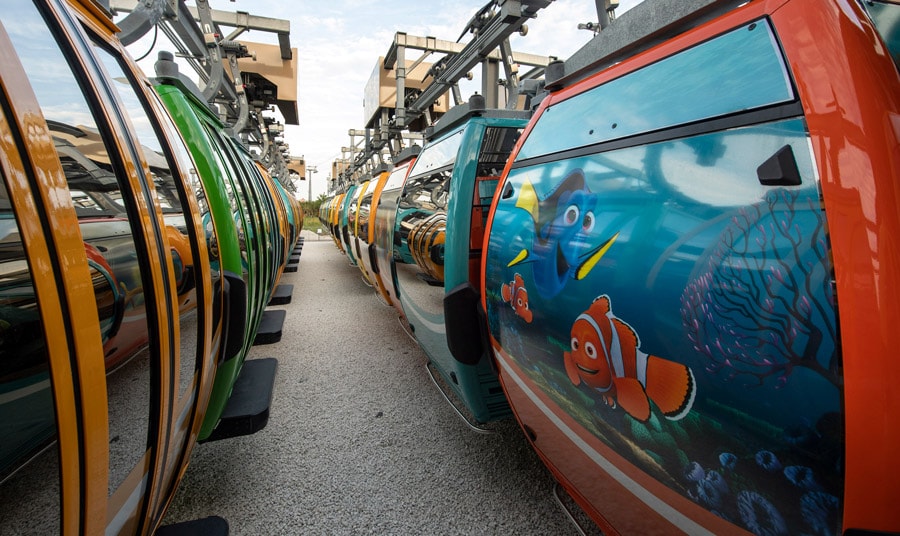 Who else is excited for the Disney Skyliner to finally open?