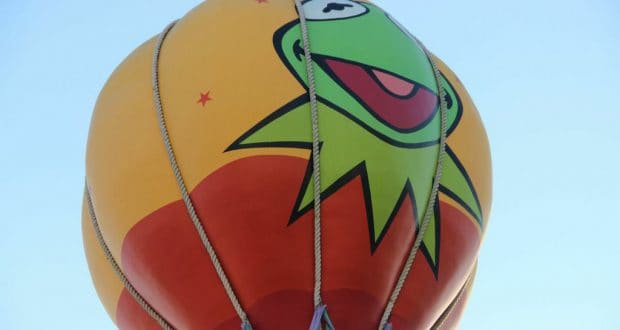 It appears that the Kermit the Frog hot air balloon high above MuppetVision 3D in the Muppet Courtyard area of Disney’s Hollywood Studios will be removed.  This has become an icon and familiar sight for the area, but must be removed.  This removal is part of the theming being done in preparation for Star Wars land and Toy Story land.  The balloon would potentially be visible from these new themed lands, which would take away form the immersive experience, particularly for Star Wars land, that Disney is hoping to achieve.  A Kermit balloon would be completely out of  place in the Star Wars universe, so it has to go.

This isn’t the first of the casualties that we have seen at Disney’s Hollywood Studios.  The entire Streets of America and back lot area of the park have been shut down and dismantled to make room for the new additions.  We have been waiting to hear about dates for other possible attraction closures and changes.  We will keep you posted as we learn more about other closures and dates for when the balloon is expected to be gone.  I would take any chance you have to see it while you can.  We hate to see things leave the park, but are super excited about the additions to come.  What do you all think about the changes at Disney’s Hollywood Studios?