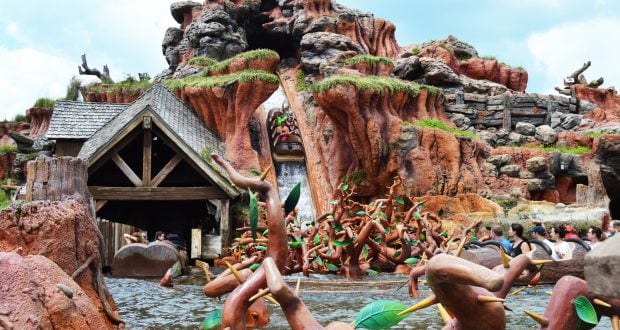 Magic Kingdom is already the home to Space Mountain, Splash Mountain and Big Thunder Mountain with thrilling attractions in each and now the rumor mill is buzzing that there could be a 4th mountain coming to Adventureland in Magic Kingdom in the near future.  Several years ago there were plans for a volcano attraction referred to as Fire Mountain.  The attraction would have been an indoor flying coaster, but was ultimately scrapped because the design for the ride vehicle didn’t make it beyond the testing phase.  It looks like there is a possibility that this attraction may get revisited and possibly with a Moana theme.

Moana has been such a hit movie that captured the hearts of millions of fans, so it would be no surprise if Disney decided to incorporate the characters and theme from this amazing film within the Magic Kingdom.  There is a lot that could be done with this theme and it would fit in perfectly in Adventureland.  The location is expected to be located between The Jungle Cruise and Pirates of the Caribbean  in some of the open space there.  Some of this site is where the track for the Walt Disney World Railroad runs, so it is possible that if this plan moved forward, Disney will have to reroute the railroad or have the railroad run through the new “mountain”. Another large attraction in the area would be a great addition to the theme park and we really hope that we get to see this rumor come true.

What do you all think of the possibility of a new coaster attraction at Magic Kingdom?